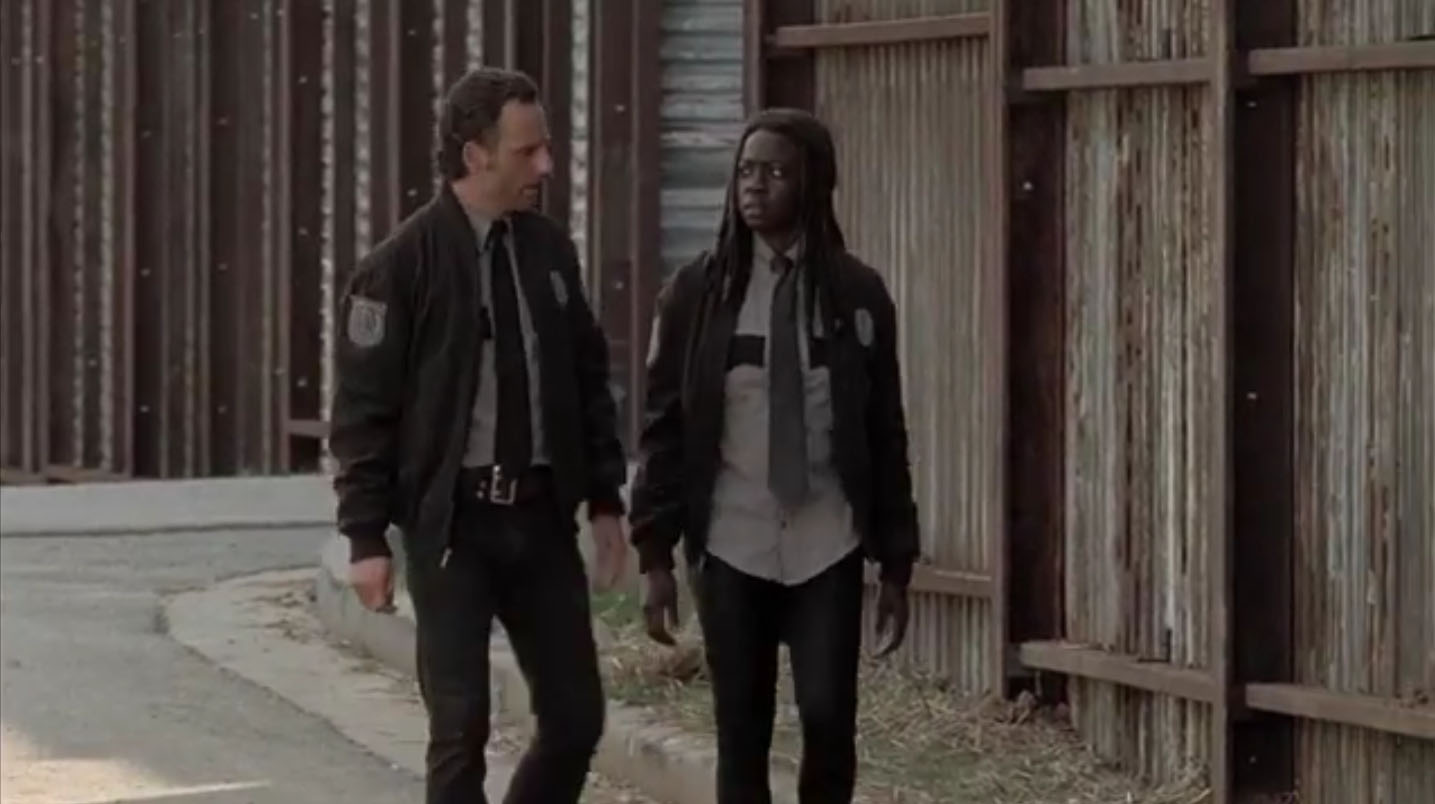 As a promotional maneuver for the upcoming release of The Walking Dead Season 5 on Blu-Ray and DVD, AMC and Anchor Bay Entertainment have released this short deleted scene from the episode “Forget,” which was the thirteenth that ran that year.

THE WALKING DEAD: The Complete Fifth Season — Deleted Scene: Ep. 5.13 “Forget” Scene 12​
​Description: Exterior Alexandria, Street (Day); Rick talks to Michonne about weapons.​
On August 25th, Anchor Bay Entertainment gives home entertainment fans their annual Walker fix with THE WALKING DEAD: THE COMPLETE FIFTH SEASON Blu-ray + Digital HD and DVD releases. Each five-disc set presents all sixteen gripping episodes from the series that has single-handedly redefined the zombie genre. True to the tradition of the previously released seasons, THE WALKING DEAD: THE COMPLETE FIFTH SEASON arrives jam-packed with three hours of insightful and provocative bonus features that give viewers yet another inside glimpse into creating the fallen world of the Walkers and the souls brave – and crazy – enough to attempt survival.