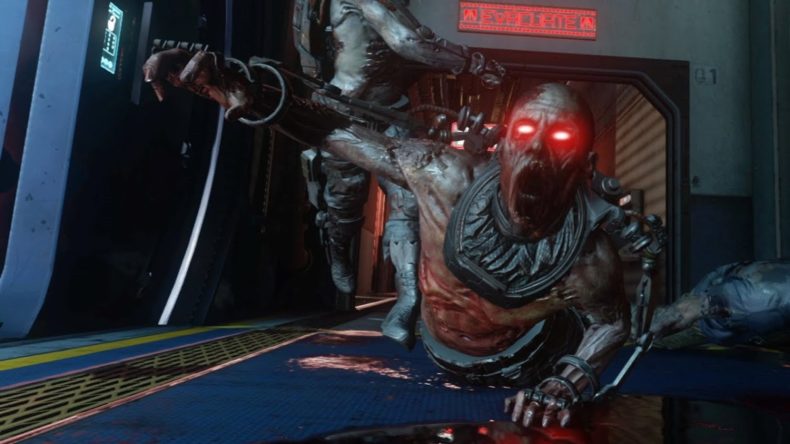 Activision has released a new preview video showing off the new maps, modes and weapons of Havoc, the first DLC for Call of Duty: Advanced Warfare.
In the video Sledgehammer Games Co-Founder Glen Schofield calls Havoc “the most robust DLC offering to date.” The new map features four new maps, a new weapon and weapon variant and the Exo Zombies mode.
The video gives a good look at the new AE4-Widowmaker Directed Energy Assault Rifle and the new maps Sideshow, Core, Drift and Urban, but we’re most excited about our first real look at the Exo Zombies mode. This is not your old shuffling zombie enemy, these guys are wearing Exosuits, too. The video also shows off the big-name actors that will be starring in the mode, and we get looks at eerily realistic digital versions of John Malkovich, Bill Paxton, Rose McGowan and Jon Bernthal.
Havoc will be out Jan. 27 on Xbox Live. Expect to wait a while for it on other platforms.
It’s the the first of four planned DLC packs for Advanced Warfare. You can either buy Havoc individually or get it and the other three packs in the Advanced Warfare season pass. The season pass will set you back $50, but that’s a saving of $10 over the individual price of the packs, which is $15.