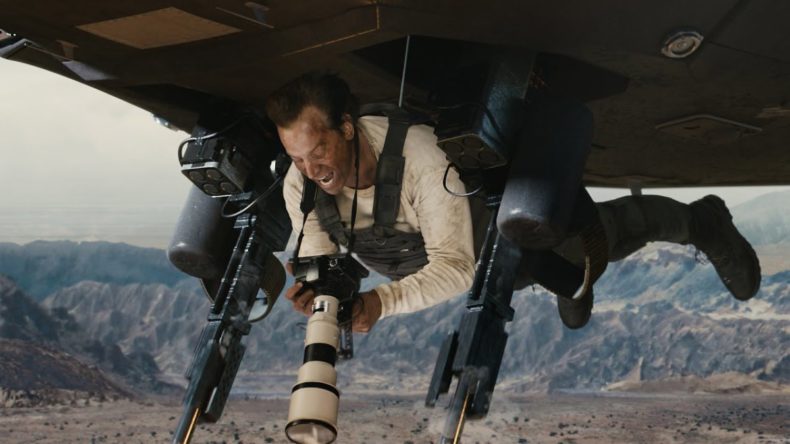 Ahead of the release of the Havoc DLC pack tomorrow on Xbox Live, Activision has released a new big-budget live action trailer. It’s one of their better efforts in this sphere, partly because of the funny premise of having a live Call of Duty “kill cameraman” who records every death and partly because it stars the ever-hilarious Rob Huebel, who shows off the new DLC’s features.
Havoc adds the Exo Zombies mode, the AE4-Widowmaker Directed Energy Assault Rifle and the new maps Sideshow, Core, Drift and Urban to the game. It will be out Jan. 27 on Xbox Live. Expect to wait a while for it on other platforms.
It’s the the first of four planned DLC packs for Advanced Warfare. You can either buy Havoc individually or get it and the other three packs in the Advanced Warfare season pass. The season pass will set you back $50, but that’s a saving of $10 over the individual price of the packs, which is $15.