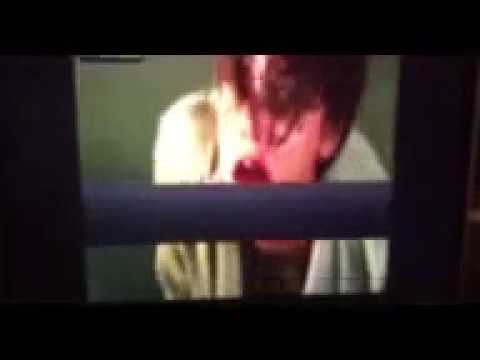 First, it goes without saying that this newspost contains spoilers for the Walking Dead Season 7 premiere. If you still haven’t seen the episode yet……let me ask you, if you don’t mind, WHAT are you doing online? With every page you visit, no matter what it is, your chances of being spoiled increase. Go watch the episode and then come back.

One of the efforts the film crew took to keep the identity of the victim(s) under wraps (despite picking the two most obvious ones) was to film individual death scenes for each character. The season premiere wound up using jump cuts from a few of these alternate takes when Rick was flipping out, but none in full. If you want to see one of these scenes, you don’t have to wait for the 2017 Blu-Ray….Maggie’s death has leaked.

The scene was clearly written for Abraham and unchanged, because watching Maggie act out the “taking it like a champ” bit doesn’t mesh with the fact that she was sick as a dog just a few minutes ago. Instead of cursing at Negan Maggie spits at him, but otherwise it’s the same. We would suggest you view it now before the thumbnail inevitably turns into a grey ellipsis.