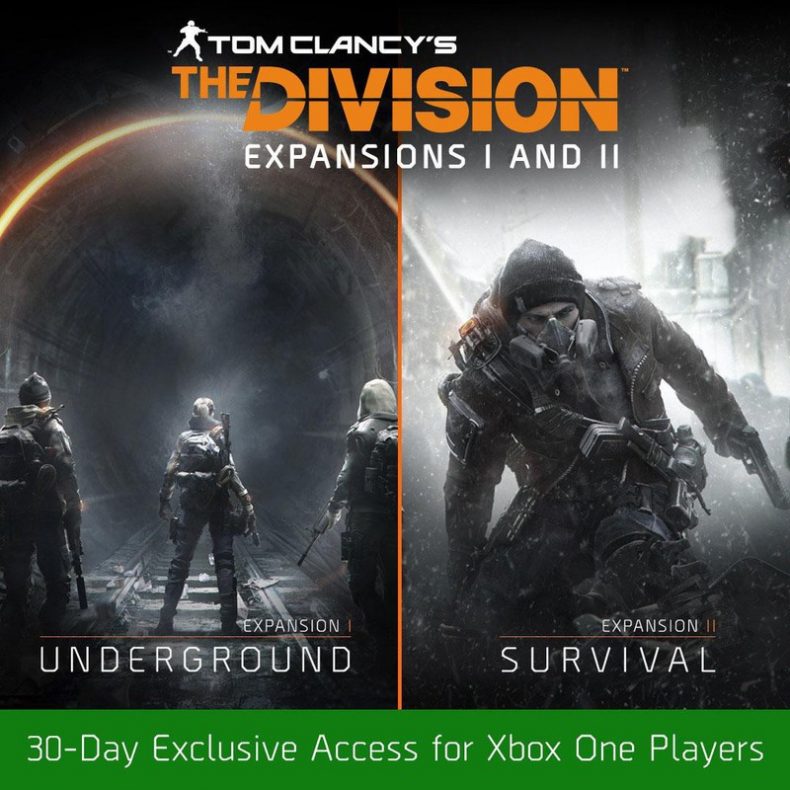 In a post on Amazon, the release date for the first true expansion to The Division, titled, The Underground, will arrive on June 28.

The posting also gave details on the second and third DLC. The first two DLC’s will be timed exclusives for the Xbox One.

Expansion I: Underground
Available in June, this first major expansion lets players explore the uncharted underworld of New York City. Players will chase deadly enemies with up to three other Agents through an endless maze of tunnels and subways.

Expansion II: Survival
Available this summer, this expansion will challenge players to survive as long as possible by gathering essential supplies in a very hostile environment.

Expansion III: Last Stand
Next winter, a new threat rises as players and their squad must prepare to defend against a relentless foe.