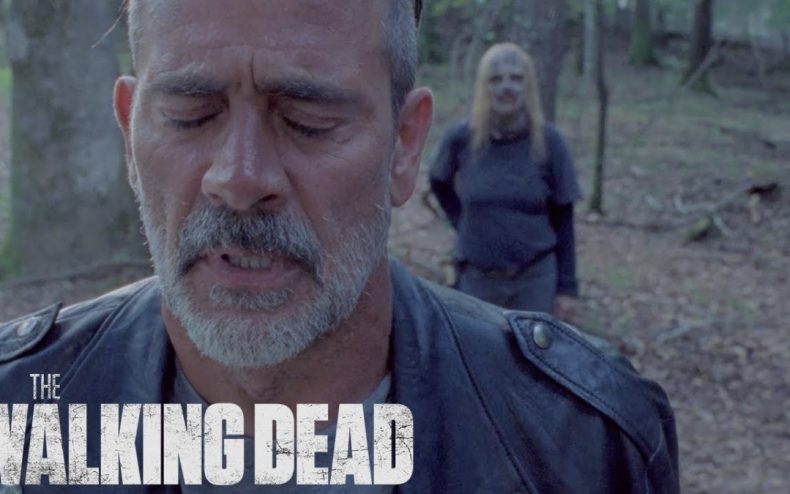 What will happen once The Walking Dead returns from its midseason hiatus? Who will die and who will live?

If we had to guess, we’d say everyone stuck in the pit will live, since the list includes Daryl, Carol and other characters that are still under contract. Danai Gurira, however, has announced her plans to leave the show, so even though the last clfifhanger didn’t leave her in a perilous situation, Michonne’s days are numbered. Poor Judith, but at least she’ll get a fancy katana to go with her big hat.

Ir’s never been more clear that war is on the horizon between the Alexandrians, the Hilltop-ians and the Whisperers…an actual battle scene is shown in the teaser, with weapons clashing and clanking in the darkness of the night.

Kirsten Acuna of the website Insider has actually seen the first two episodes of Season 10B. She says “The first episode answers questions about the Whisperer cave. The back half of episode 1010 feels like you’re watching a mini horror film play out. It definitely delivers some major Michael Myers vibes.” She adds “There are some really great moments between Daryl and Carol, Carol and Connie, and Connie and her sister Kelly.” She goes into greater depth than that, but it reaches into spoiler territory.

The Walking Dead returns to finish out its tenth season February 23 on AMC.