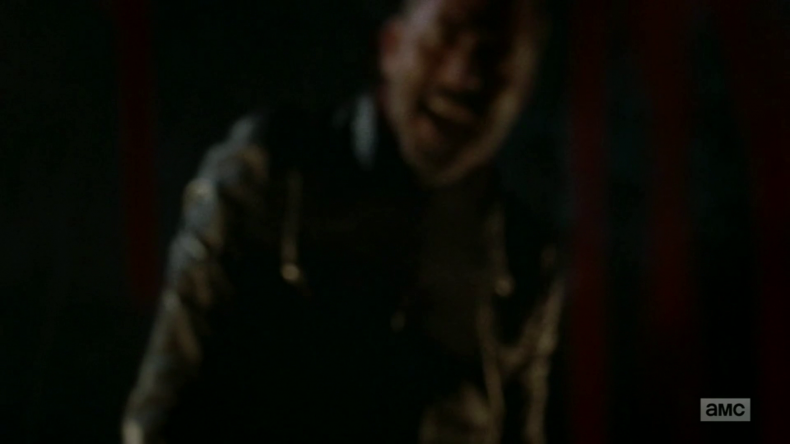 Most Walking Dead enthusiasts just take it as a given than they’re going to find out who Negan beat to death in the Season 7 opener before the episode actually airs. It’s part of why they were so angry with the Season 6 finale. Does AMC think they can keep something like this under tight wraps in such a hyperconnected culture?

Dunno, but they’re sure going to try. An online group called The Spoiling Dead Fans has been threatened with a lawsuit by AMC if they wind up leaking any portion of the Season 7 premiere. And when I say threatened, I mean mobster-style. “AMC has been harassing us for four days now by contacting our homes, our family members and our employers; even posting on this page and personal social media accounts,” claims one member on Facebook.

After two years, AMC finally reached out to us! But it wasn’t a request not to post any info about the Lucille Victim or any type of friendly attempt at compromise, it was a cease and desist and a threat of a lawsuit by AMC Holdings, LLC’s attorney, Dennis Wilson. They say we can’t make any type of prediction about the Lucille Victim. Their stance is that making such a prediction would be considered copyright infringement.

The idea of spoilers falling under “copyright infringement” is laughable and would never hold up in court. But The Spoiling Dead Fans have no desire to wind up there. So….they’ve decided to stay hushed. “We are fans of this show just like you and aren’t a commercial operation that makes profit. We have families and careers to think about. No spoiler will ever be worth compromising those things. If you think this makes us ****** that are bowing down to AMC then so be it.”

It’s most likely these actions from AMC’s legal team are scare tactics and little more. But it begs the question….what happens when a big tip, fake or not, starts seriously going viral? Do they threaten to sue ALL those people? It won’t work.