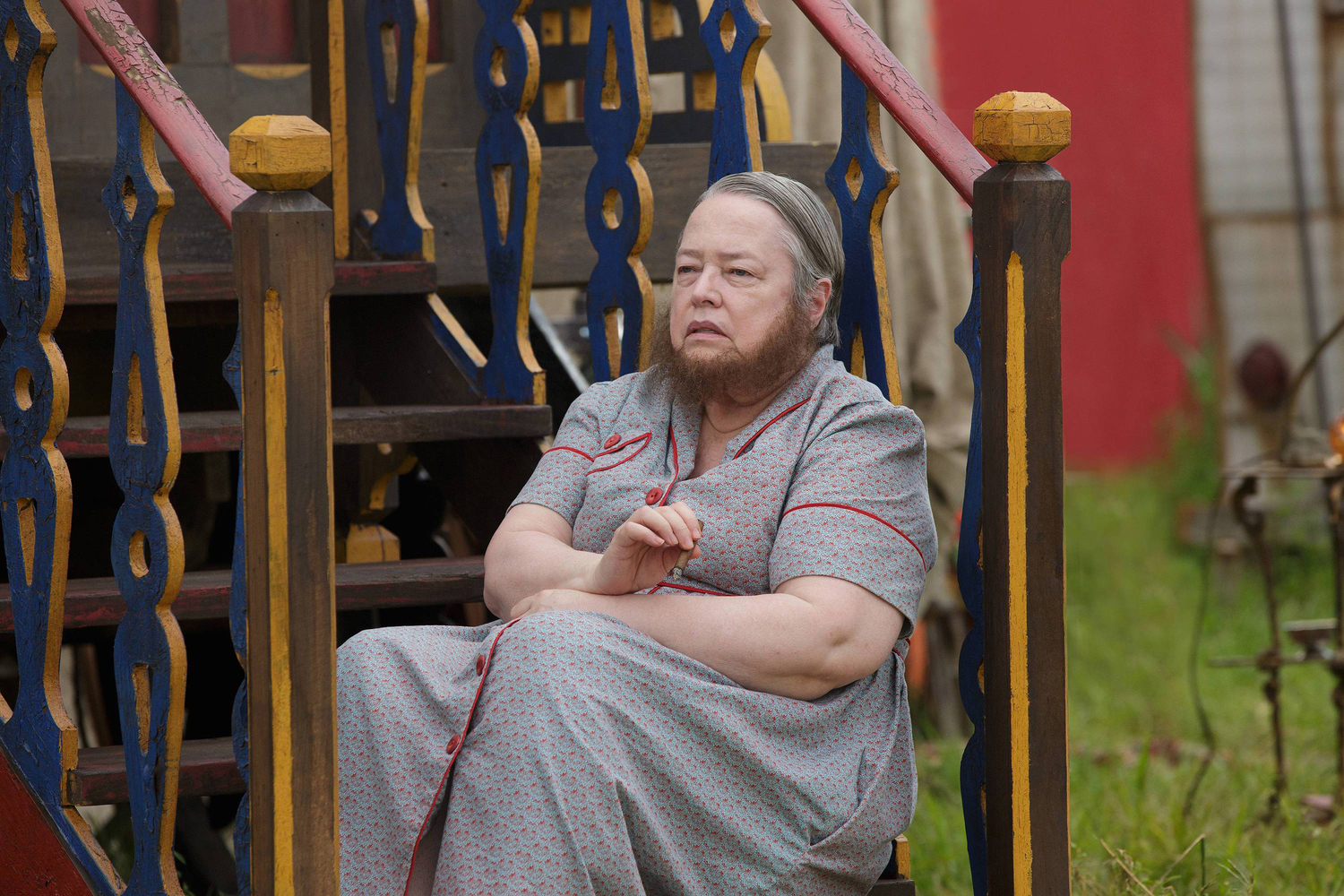 Hey, I know we’re all waiting for that premiere, Sunday, you know the one, but that’s not the only horror show starting this week. American Horror Story: Freak Show kicks off American Horror Story’s fourth season with its first episode, “Monsters Among Us,” tonight at 10 ET on FX.

The first episode sets up the overall conflict of the series, which involves German cabaret singer Elsa Mars, played by Jessica Lange, bringing her flagging freak show to Jupiter, Florida in 1952. As you can see from the video above, all the locals aren’t exactly happy to have them in their midst.

Freaks in the show who are newly arrived at the show include conjoined twins Bette and Dot (Sarah Paulson), Lobster Boy Jimmy (Evan Peters), Bearded Lady Ethel (Kathy Bates), strongman Dell Toledo (Michael Chiklis), and Desiree Dupree (Angela Bassett), who has three boobs. But the real monster in the series is the murderous Twisty the Clown (John Carroll Lynch), who is just as twisted on the inside as he is on the outside.

Are you an American Horror Story fan? Discuss the show on our forums.