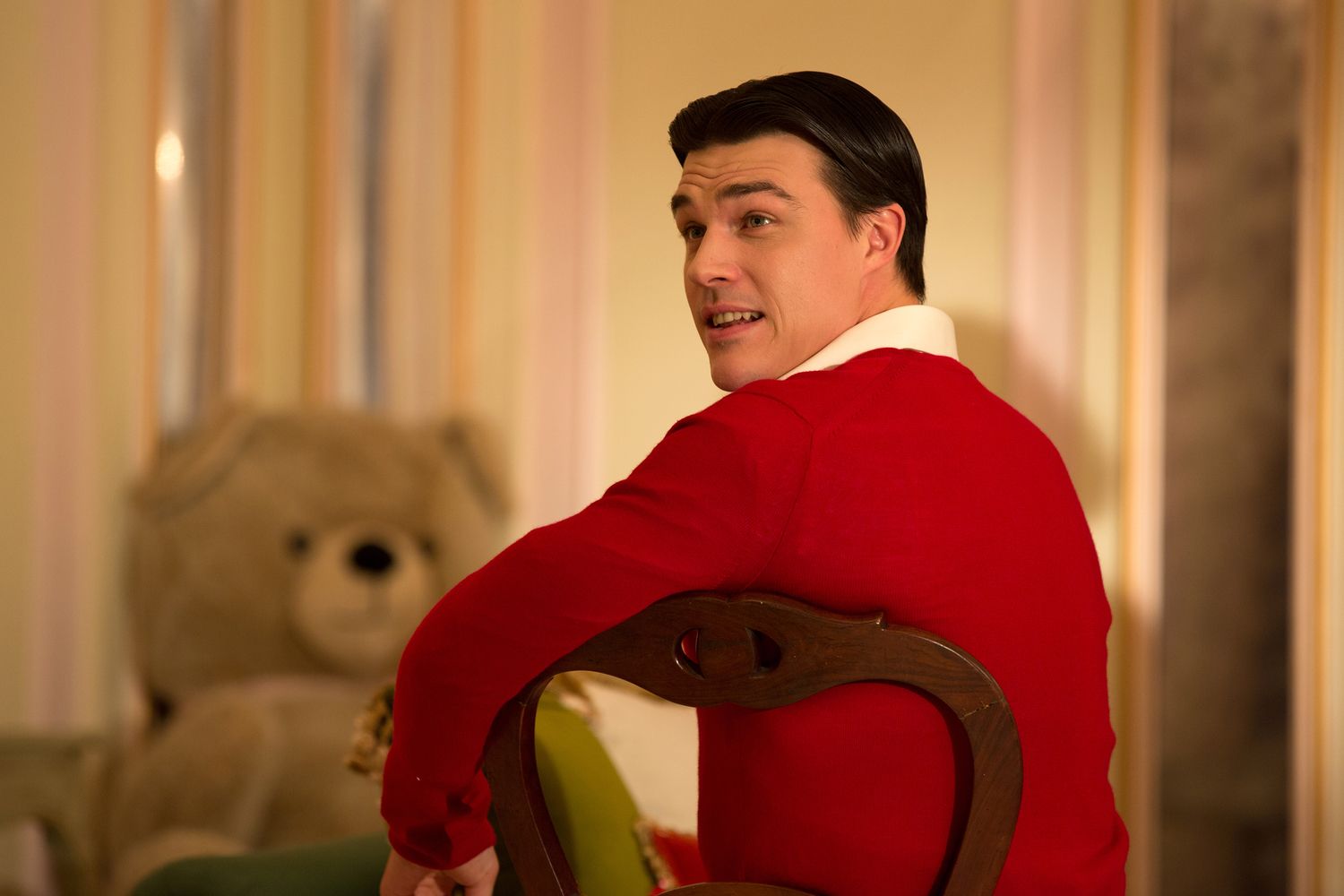 For a show that features a disfigured, evil clown and a whole carnival of freaks, it’s impressive that the scariest part of American Horror Story: Freak Show is handsome Finn Witrock’s sociopathic spoiled brat Dandy. But ugly can be on the inside, too, and by that standard Dandy is the show’s real monster.

We’ve seen him kill his own mother and bathe in her blood, but Witrock told Vulture he doesn’t see Dandy as a villain, really. He’s simply extremely committed to what he sees as his life’s work.

“I can never think of him as evil. I just have to keep getting under his skin. But he realizes that his purpose in life is to kill. It doesn’t get more dangerous than that. Because I actually found that the killing is not out of hatred. He kind of likes the people that he kills. He wanted to be a performer, and somehow that’s transformed into murder, so he thinks of it as a performance, like he’s fulfilling his destiny,” Witrock says.

Witrock also addressed a fan theory that Dandy is a repressed gay man, which was given ample fuel when Dandy went to a gay bar and picked up and killed a gay prostitute. Despite that encounter and Dandy’s terrific fashion sense, Witrock said, Dandy goes another way: conjoined twins like Bette and Dot.

“No, no, definitely not,” Witrock said when asked about the theory. “He just likes girls with two heads, you know? One head’s never enough.”