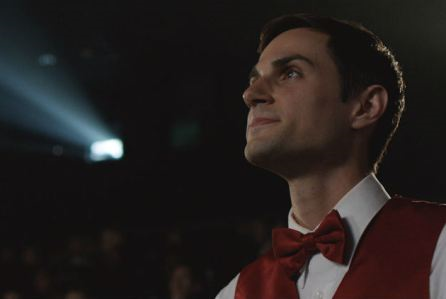 Before ever appearing as Gareth on “The Walking Dead”, actor Andrew J. West was in a 2010 film short called “Walter” about a film theater ticket-taker/usher named Walter Benjamin, who perceives himself to be the son of God – and therefore gets to decide who is bound for heaven and who is bound for hell. That short was made into a full feature length film earlier this year and media company Entertainment One has picked up the North American rights.

Expect to see “Walter” appear as a theatrical release and on your video-on-demand lists in early 2015.