Why Did Andrew Lincoln Shave His Bushy Rick Grimes Beard? 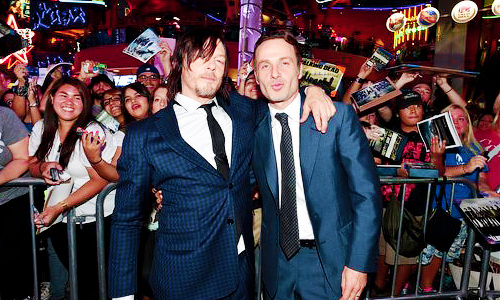 If you’ve seen any of the pics from The Walking Dead premiere party at Universal Studios in LA last night, you’ve noticed a much more baby-faced Andrew Lincoln. There’s a little bit of stubble, but the grizzled mountain man look he was wearing to play Rick Grimes is gone. 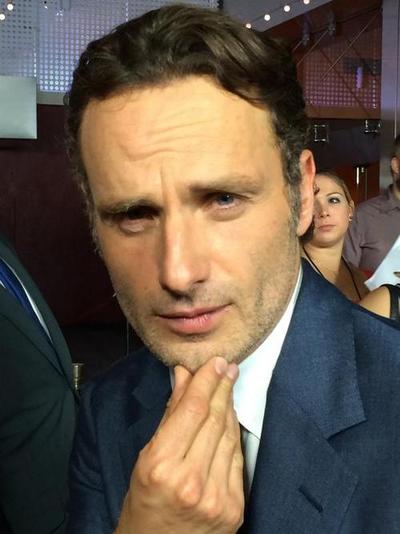 Why is that? The show is not finished filming for the season, in fact it’s in the middle of episode 12 of 16. Is Rick dead? Did he just get tired of feeling scruffy? Like everything else with The Walking Dead, Lincoln turned it into a tease when asked by The Hollywood Reporter.

“Either I’m not in the show anymore or there’s a flashback where I found a razor,” Lincoln said with a laugh. “[Losing the beard] was more pleasant for my wife!”

“It’s an extraordinary and interesting thing that goes down,” he said when pressed further. “I can’t really go into it because I don’t want to spoil it.”

Okay then, looks like we’ll have a long wait to find out. Unless you read the comic book, which does provide a story that might explain the shave if they adapt it. But we won’t spoil that here.

Season five premieres Oct. 12 on AMC. Universal Studios is featuring a The Walking Dead maze as part of its Halloween Horror Nights this October in both LA and Orlando.

Our members have gathered every pic they can find of beardless Andrew and other cast members from the premiere party, you can check them out here.