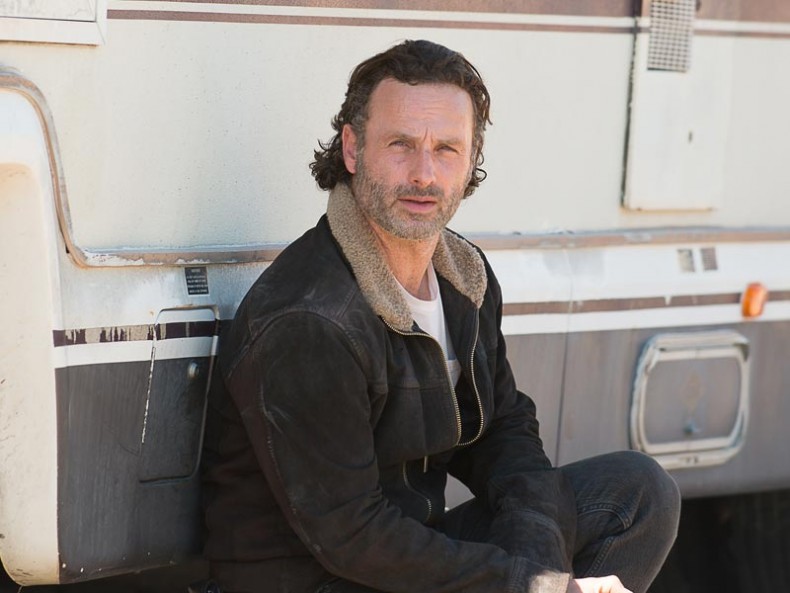 By now word of the backlash from Season 6’s cliffhanger ending has hit the cast and crew several times over. EW asked Rick Grimes himself, Andrew Lincoln, what his reaction to the whole thing is.

Lincoln doesn’t really venture into online discussion, partly for this very reason: it gets rough. “I sort of keep out of the online stuff. I don’t do any social media. I don’t read reviews, because you can’t just take the good stuff. You have to take the bad stuff as well, and I don’t want to engage in that.”

Which is fair….not everyone is built to take it, and he has no real say in anything that happens anyway. That doesn’t stop people from cointacting him in other ways. EW asked Lincoln how often he was asked about the cliffhanger in real life. “Every time I leave my house. Every time I go through customs. Every time they are checking my belt going through the security, everybody’s going, “Please tell me. Just tell me. Just whisper, who is it? Is it you? Why are you in England at the moment? What are you doing here? Why are you not working or filming?” and all of that.”

“It’s hilarious. Absolutely insane. So, part of me just goes, well, it’s people talking for a considerable amount of time. Whether you love it or hate it, it has kept people talking.”

He is probably not alone with experiences like this, and it’s likely what drove Robert Kirkman to announce “absolutely no Season 7 cliffhangers.”