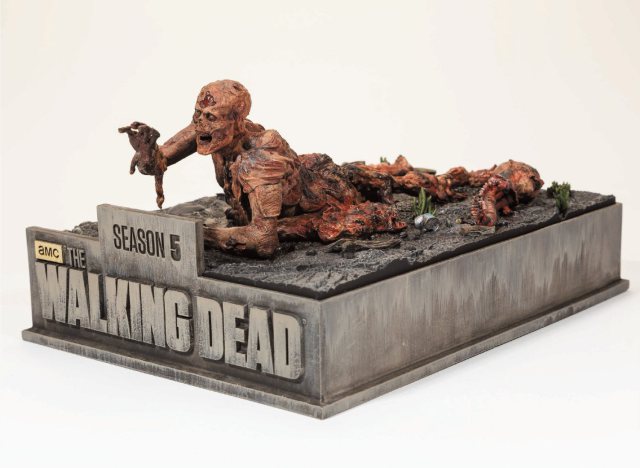 The Walking Dead Season 5 isn’t due on Blu-Ray or DVD for another two weeks, but here’s yet another bonus from the set, leaked out for free on the company’s YouTube channel. If they keep this up, what are we supposed to get in this set that we haven’t already gotten online?

This bonus feature offers an inside look at the creation of the zombies we saw during the season. The creative team discusses the brainstorming process and how they sometimes combine two ideas together to create new ones (in this case, leading to “rotter” zombies that have partially melted into the ground due to fire).

You’ll see sights like extras walking around in full decaying Walker makeup, which the actors acknowledge is surreal no matter how many times they see it. You’ll also find out what special Christmas present Normal Reedus received that holiday season after the parking lot scene was filmed.

Check it out, and don’t forget The Walking Dead Season 5 set comes out August 25 (if you haven’t already seen the entire thing by then).