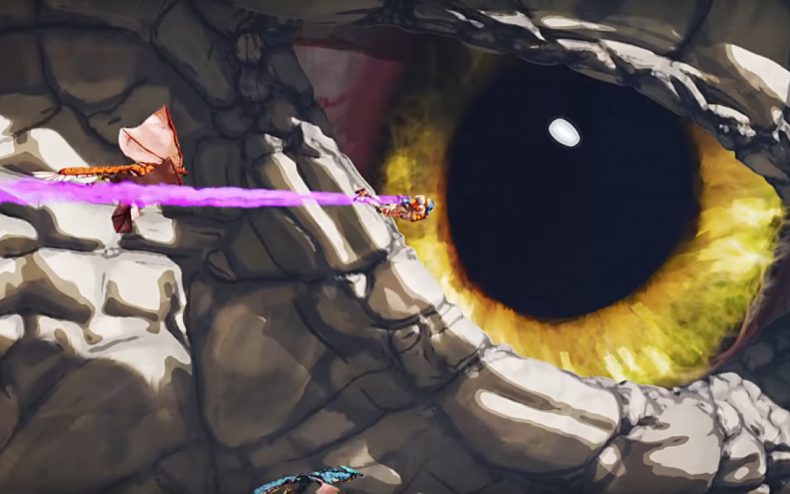 Want to watch a two-minute trailer for Season 2 of Apex Legends? It’s the biggest look yet at what Respawn Entertainment has planned.

One day the Legends were out competing and beating the crap out of each other when suddenly, an unknown hacker with a laptop managed to shut down the tower powering the containment field around Kings Landing. Who was that? No time to check it out…because suddenly, BEASTS!

Things we know about Season 2: there will be a LOT of fun references for Titanfall players. The L-Star, a common weapon used in Titanfall 2, will make its debut in Apex. Monsters like Flyers will migrate from Titanfall to Apex Legends (and in the case of Flyers, already have).

Something that didn’t originate in from Titanfall: Wattson, the tenth Legend. Wattson is a defensive character, with the ability to create walls of electricity to keep opponents away. A super-brainy scientist and engineer, Wattson’s past ties into the foundation of the arena itself.

A new Ranked Leagues mode will be introduced that will allow players to compete with others of similar skill. Season Two will be much larger than Season One in terns of content, and there will be more skins and materials available.

Despite the title of this trailer, Apex Legends Season 2 hasn’t launched just yet. We’ve still got a few more days…all this new stuff hits July 2.

Control the battle as Wattson, climb your way to the top in a brand-new Ranked Leagues mode, and melt enemies with the L-STAR machine gun – all in Apex Legends Season 2.