They Aren’t ‘Screwing’ With the Wrong People Any More 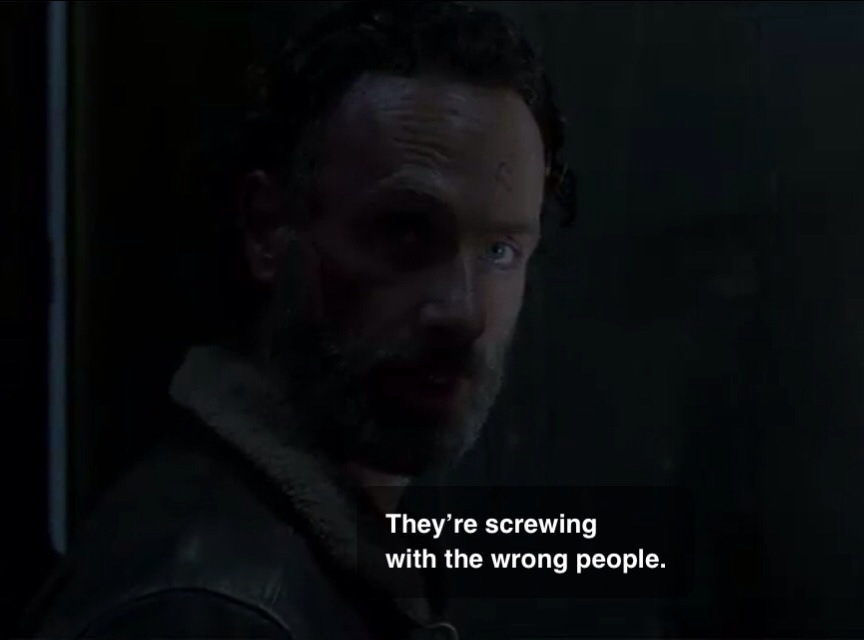 If you thought Rick’s hardboiled line at the end of The Walking Dead season four finale was slightly undercut by TV censorship, then you’ll be pleased by this take on it.

This has been popping up around the internet and appears to be ripped from the the upcoming season four Blu-Ray. It was revealed at San Diego Comic-Con that the Blu-Ray would contain this saltier take, which uses the dialogue from the comic book. Or it’s a really, really good fake.

So, what do you think? Is it better in this more comics accurate version? Have you grown to like the other version?