Behind the Scenes of Destiny’s House of Wolves 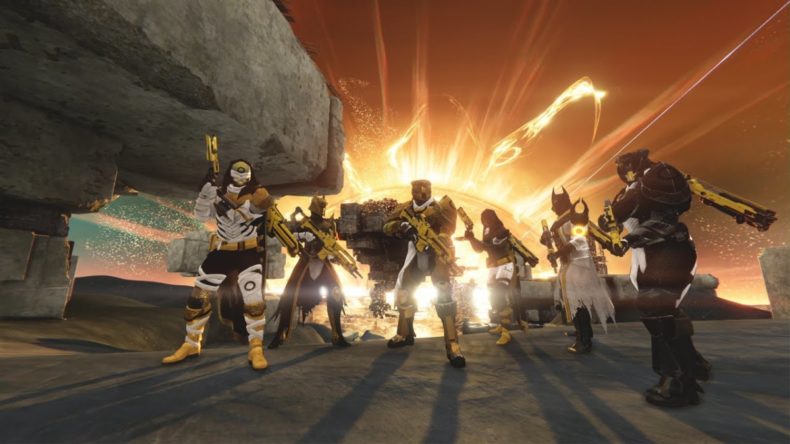 Today Bungie released a video, over five minutes long, taking Destiny fans behind the scenes of the new DLC pack House of Wolves. You’ll hear commentary from the developers, get a grasp of the pack’s overall story, and discover a couple new facts about the upcoming release.
Among the interesting moments: all of House of Wolves’s new bosses can be glimpsed in the video, including the final boss, so if you don’t want them spoiled, look away. All legendary gear and armor can be brought up to Level 34. New weapons and gear can be seen, and the modes Prison of Elders and Trials of Osiris are discussed in detail.
Three new multiplayer maps are also revealed: Black Shield, which takes place on an abandoned cabal outpost on Phobos (one of Mars’s moons), Widow’s Court, a medieval-themed map located in a European dead zone with lots of opportunities for close-quarters battle, and the Thieves’ Den, which is an abandoned Venusian fallen outpost inside an active volcano.
For the full behind-the-scenes story, check out Bungie’s new video, and watch for Destiny Expansion Pack II: House of Wolves, which will become officially downloadable on May 19 for XBox One, Playstation 4 and PC.