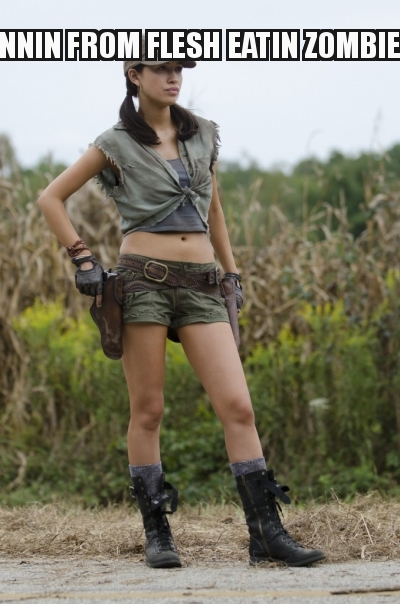 Borderlands and Saint Row prove that there are times when an industry just gets too serious. Too dark for its own good. A good example right now is the superhero movie industry. Between The Dark Knight Trilogy and Man of Steel to most of the Marvel Cinematic Universe, it’s an incredibly serious affair.
Then… you get a movie like Guardians of the Galaxy, and the upcoming Deadpool, and you think, “Where have you been all my life?”
The shooter genre is similar. Whether its first person, third person, linear or open world, it’s usually a dark affair. Then games like Borderlands and Saint Row happen, and for many, we can’t imagine our lives without them.
Why? Because they’re so much fun! The guns, the characters, and yes, even the story show just how Zany and irreverent these games are. Yet their some of the most fun games you’ll ever play.
I have a good friend who’s a MEGA Borderlands fans, to the extent she won a cosplay contest (in her first try at cosplay) as a Borderlands character. She wouldn’t have done that if she didn’t love the franchise. She anxiously waits for EVERY game to come out so she can have fun for hours on end.
For me? It’s the Saints Row franchise, specifically 3 and 4, that make me appreciate games like this. The weapons, the gameplay, the over the top story, it all resonates with me. And I know many feel the same about Borderlands in that way too.

I think what this really proves that these two games are epic because of their zaniness is that they’re dedicated to being that. Everything is over the top, everything is meant to be fun, or funny. When you have the “mature humor” label on your ESRB tag? You’re going for something specific.
Did Saints Row: The Third really need Burt Reynolds as the mayor of Steeleport? No. But it is awesome they did that? HECK YEAH! Did the original Borderlands NEED to put “Ain’t No Rest For The Wicked” as their theme song? No. But did they win over many fans by doing so? Yes, yes they did, and it’s still stuck in my head to this day.
Where else are you going to get games that’ll have you jump out of airplanes (as they’re exploding) get into a tank to shoot down other planes, land on the ground, then subsequently cause the zombie apocalypse in one part of town? Call of Duty won’t do that!
Or how about enemies that actually have personalities like the players themselves? Ones that do chops and warn you about messing with the wrong guy before rushing at you to certain death? Or enemies that have shields that have smaller versions of themselves on it?
Games like these break molds, and have the most fun! Think about both Borderlands and Saints Row (again 3 and 4 mainly) have been nominated for Game of the Year! And most of the time it was because of their over-the-top gameplay, style, characters, and everything else gamers just enjoy.
So thank you Borderlands and Saints Row. Keep up the good work.

Bioshock Collection Coming To PS4 And XBox One? Maybe