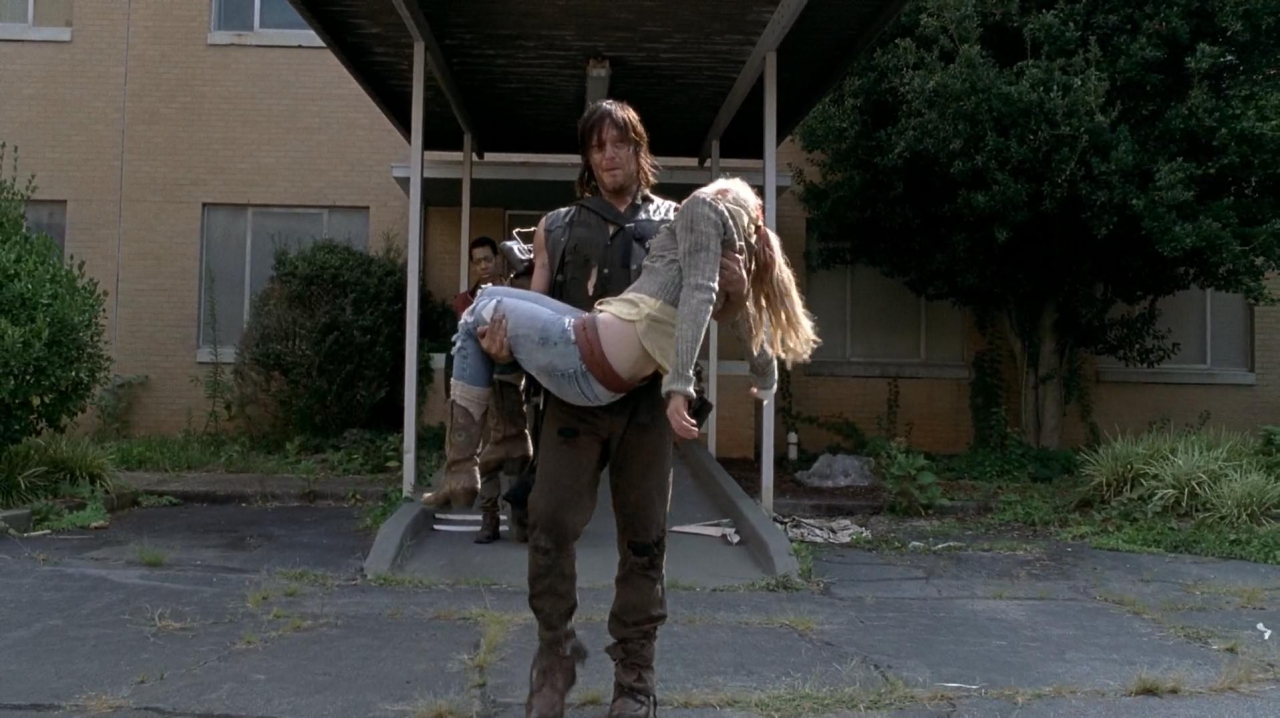 It seems unlikely that Beth Greene could have survived the close-range shot she took to the the head in The Walking Dead’s mid-season finale, “Coda.”

However, many fans were so upset with the abrupt and seemingly pointless nature of the death that they’re asking the show’s creators to undo it, anyway. A petition to “Bring Beth Back!” on Change.org now has 15,000 signatures.

The Walking Dead Forums spoke with Amanda, the American college student who started the petition, to find out why she was so dissatisfied with Beth’s death and what she hopes to accomplish.

“My motivation for starting the petition was that I wanted to give the fans a chance to show their support in a protest against the writer’s decision. After taking some deep breaths and calming down a bit I put the petition up. It represents how Emily/Beth deserved so much more than the quick, brutal death that she got,” Amanda said.

“There were so many issues with the scene. The overall feel I got from it was that it was rushed and just put in for the shock factor and that someone could die in the mid-season finale. Killing a character solely based on shock factor is bad writing. [Walking Dead Showrunner] Scott Gimple himself said that a character’s death should never be done for shock so I don’t know where the disconnect there came from as that was pretty much what her death was,” she said.

Amanda also felt like the scene threw away the character development Beth has gotten lately.

“It felt like all of the build up and character development they did for her was useless including all of the supposed Easter eggs left to indicate her survival, for example, the Washington D.C. spoon. What was the point of Daryl teaching her all of those things if not for her ultimate survival? She was at her peak (or almost there) and her story was cut off at the knees. What made it even worse was that she barely got the chance to reunite with her family and friends,” she said.

Finally, Beth was a character that sent a positive message, Amanda said. “Although I haven’t struggled with this myself, I’ve seen a lot of people who self-harmed talk about how Beth was an inspiration to them because she overcame her suicidal thoughts. If she remains dead what message is this sending to them? The only purpose she will have served was to fuel Daryl’s and Maggie’s depression, using her as a way to only progress the story onward for other characters,” she said.
The feedback on the petition so far has been mixed, but Amanda is focusing on the positive.”I’ve gotten good and bad feedback, mostly good from what I’ve seen. I don’t spend a lot of time dwelling on the bad so there could be a lot more bad out there that I haven’t seen. The petition’s numbers skyrocketed from the moment I put it up and has yet to slow down. In fact, I think it’s moving faster. The bad feedback I’ve gotten usually consists of name-calling such as ‘delusional,’ ‘stupid,’ etc. But like I said I’ve seen a lot more good feedback from people voicing their support and agreeing with the points that I’ve made,” she said.

The end goal of the petition is to gain enough signature to show the writers the the decision “can be fixed.”

“I do think there may be a chance it could make a difference. The ultimate result we want to see out of this is Beth’s reappearance on the show. Like I mentioned in the petition, in television anything is possible, especially on a show that twists the laws of nature and death. If we can’t get Beth back the petition is still worth doing because we want to show our support for Emily Kinney and how much she and her character mean to us. Just because she’s gone doesn’t mean she’s left our hearts,” Amanda said.

Find out more about the petition at its official page, here.

Another way some Beth fans are showing their support is a “Spoon Riot,” which involves writing Beth quotes on spoons and sending them to The Walking Dead offices. You can find out more about the campaign on its Facebook page.

Maggie Has Not Forgotten About Beth, Robert Kirkman Says
Be the first to comment!
Leave a reply »