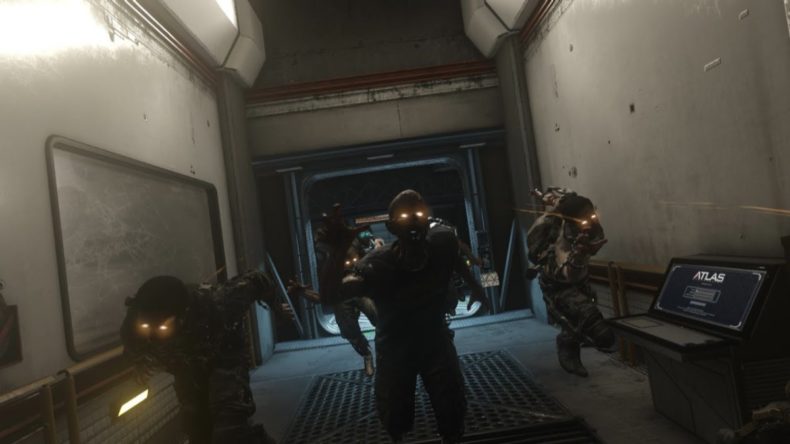 The new teaser trailer for Call of Duty: Advanced Warfare’s upcoming Exo Zombies mode gives us an idea that the mode will be a very story-driven experience, so they’ve drafted some people skilled at telling stories to play the roles.
The mode will focus on four untrained and unprepared Atlas employees that have to survive a breakout at an Atlas facility. Activision has lined up some massive star talent for the roles in the game, including John Malkovich, Bill Paxton, Rose McGowan, and Jon Bernthal. Here’s hoping they’re all digitally modeled in the game like Kevin Spacey was, because I want me some virtual John Malkovich.
You’ll get Exo Zombies when the first DLC for Advanced Warfare, Havoc, is released next year. That will be some time in January for Xbox users, a bit later for everyone else because of timed exclusivity deals.
You can either buy Havoc individually or get it in the Advanced Warfare season pass. The season pass will set you back $50, but that’s a saving of $10 over the individual price of the packs, which is $15.

Qualifying North American Teams Set For Call of Duty Championship Regional Finals
Be the first to comment!
Leave a reply »