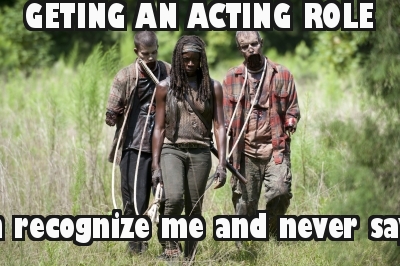 The period of exclusivity has ended, and now anyone who owns Call of Duty: Advanced Warfare on any platform can get the Ascendance DLC, the second of four planned DLC packs for the game.
This new DLC contains four new battle maps: Perplex, a changing and shifting apartment complex being constantly reconstructed by drones; Site 244, an alien crash site complete with UFO that happens to also be where Mount Rushmore is; Climate, a man-made jungle biosphere with plenty of leafy hiding spots, and the self-explanatory Chop Shop.
You can also look forward to the new OHM weapon, the awesome Exo Grapple ability playlist, and a brand-new chapter of Exo Zombies that takes place at Burger Town. This pack can be purchased individually for $14.99, or as part of the Season Pass which is $50. If you already have the Pass you can download it now, no cash register trip required.
See Activision’s press release below for a longer version of this summary, and happy shootin’.
CALL OF DUTY: ADVANCED WARFARE ASCENDANCE
AVAILABLE NOW ON PLAYSTATION AND PC
Santa Monica, CA – April 30, 2015 – Ascendance , the second epic DLC pack for  Call of Duty®: Advanced Warfare is live on PlayStation 4, PlayStation 3, and PC.  Ascendance features four new action-packed maps, the formidable OHM weapon (a 2-in-1 directed energy light machine gun/shotgun), the OHM Werewolf custom variant, and Infection, the highly-anticipated
next entry in Exo Zombies. In addition, the DLC pack also includes the all-new Exo Grapple ability playlist, which delivers a faster way to reach strategic vantage points, and also doubles as a brutal secondary weapon to take down the competition.
*  Perplex: Get vertical in Sydney as you fight to dominate this five-story modular apartment complex. Take the high ground or blast through the close-quarters interior in this small to medium sized map. Adapt your strategy mid-match when construction drones shift apartment modules, creating new routes and cover positions.
*  Site 244: A spacecraft has crash landed, spilling its mysterious cargo under the shadow of Mt. Rushmore, USA. This medium to large three-lane map allows for any style of gameplay, focusing combat through the space ship’s fuselage and around the debris-littered landscape. Use the map-based scorestreak to crack open an alien spore and instantly enhance your perks and exo abilities.
*  Climate : Fight your way through a futuristic man-made utopia in this lush, climate-controlled enclosure. In this small to medium sized circular map, land and water routes channel frenetic combat around the central island structure. Watch your step when the river water changes from an asset into a deadly bubbling obstacle.
*  Chop Shop : Think fast as you make your way through the black market exoskeleton industrial complex and engage in fast-paced shootouts in this medium sized, symmetrical map. Activate the map-based scorestreak to take control of an Advanced Repulsion Turret that radiates a deadly microwave EMP to help lock down key areas.
The Exo Zombies saga continues in the all-new episode, Infection, as the four Atlas employees, portrayed by the returning celebrity cast of John Malkovich (In the Line of Fire, RED, Burn After Reading), Bill Paxton (Aliens, Titanic, Edge of Tomorrow), Rose McGowan (Planet Terror, Scream), and Jon Bernthal (Fury, The Wolf of Wall Street) fight tooth and nail through undead zombie hordes. Located on the outskirts of an Atlas facility, the new Exo Zombies episode introduces a slew of never-before-seen undead masses, a robust arsenal of new traps and armaments and everyone’s favorite fast food joint, Burgertown.
Call of Duty: Advanced Warfare Ascendance is also included in the Call of Duty: Advanced Warfare  Season Pass*, where fans can get all four epic DLC Packs planned for the year, as part of the discounted bundle offered at a suggested retail price of $49.99 – a discount of $10 off the individual purchase of all four DLC Map Packs**. The  Ascendance  DLC Pack also includes the OHM 2-in-1 directed energy light machine gun/shotgun and the OHM Werewolf  custom variant .
*Downloadable content in the Season Pass may be sold separately.  If you purchase the DLC Season Pass, do not also purchase these standalone DLC Map Packs, as you will be charged for them.  DLC Season Pass and DLC Map Packs may not be available on all platforms or in all territories.  Pricing and release dates may vary by platform.  Call of Duty: Advanced Warfare game required; sold separately.
**Based on DLC Season Pass suggested retail price of $49.99 and four DLC Map Packs at a suggested retail price of $14.99 each.
Cautionary Note Regarding Forward-looking Statements: Information in this press release that involves Activision Publishing’s expectations, plans, intentions or strategies regarding the future, are forward-looking statements that are not facts and involve a number of risks and uncertainties. Factors that could cause Activision Publishing’s actual future results to differ materially from those expressed in the forward-looking statements set forth in this release include unanticipated product delays and other factors identified in the risk factors sections of Activision Blizzard’s most recent annual report on Form 10-K and any subsequent quarterly reports on Form 10-Q. The forward-looking statements in this release are based upon information available to Activision Publishing and Activision Blizzard as of the date of this release, and neither Activision Publishing nor Activision Blizzard assumes any obligation to update any such forward-looking statements. Forward-looking statements believed to be true when made may ultimately prove to be incorrect. These statements are not guarantees of the future performance of Activision Publishing or Activision Blizzard and are subject to risks, uncertainties and other factors, some of which are beyond its control and may cause actual results to differ materially from current expectations.
# # #
ACTIVISION, CALL OF DUTY, and CALL OF DUTY ADVANCED WARFARE are trademarks of Activision Publishing, Inc.

Call Of Duty Ascendance DLC On All Consoles April 30