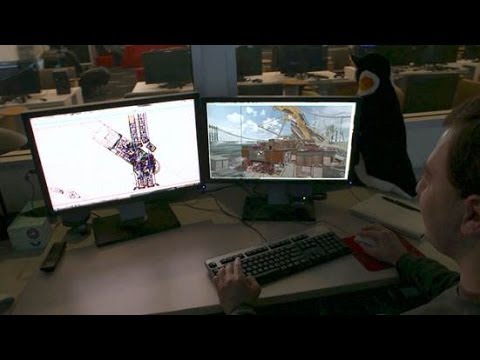 Call of Duty: Ghosts fans can continue their killstreaks with the Devastation DLC pack. Launching first on Xbox One and Xbox 360 April 3, and then other platforms at a later date, the new pack brings new maps, weapons, and a new chapter in the alien-blasting “Extinction” storyline.
The new pack costs $14.99, or is available as part of a season pass currently priced at $49.99.
A press release from publisher Activision and developer Infinity Ward details the new features:
Devastation delivers four distinctive new maps with the fast-paced gameplay Call of Duty fans love, each with their own surprises. The first map, “Ruins,” is located on a Mexican peninsula and set amidst the remnants of a mountaintop Mayan temple, with multiple levels providing verticality for longer-range weapons, and underground pathways perfect for close-quarters encounters. Savvy players that find and complete the unique Field Order will be able to trigger the map’s volcano to erupt, and enjoy watching enemy players attempt to take cover as fiery debris fall from the sky.
The map “Collision,” is a mangle of debris scattered atop a container ship pinned underneath a crippled bridge in New York. This small map is ideal for run-and-gun tactics. Players that dominate “Collision” and complete the map’s specific Field Order will be able take control of a heavily armed aircraft and rain down destruction from above.
“Behemoth” takes the battle aboard a massive excavation platform in South America. Long sight lines open this map up to longer-range weapons, while the compact interiors of the control rooms are ideal for SMG’s and Shotguns. Completing “Behemoth’s” Field Order will allow players to control an attack helicopter armed with a deadly, armor-piercing Rail Gun as it circles the excavator searching for enemy combatants.
Devastation’s fourth map, “Unearthed,” drops players into a reimagined version of “Dome,” the fan-favorite multiplayer map from Call of Duty: Modern Warfare 3. With a new look and all-new secrets, “Unearthed” is a compact map for all player types, who must navigate an alien artifact dig site in order to unlock the map’s Field Order and unleash the power of the Cryptids, as well as locate the map’s secret alien weapon.
Call of Duty: Ghosts Devastation also arms players with the “Ripper” – a new, tactical 2-in-1 SMG/Assault Rifle that can be used in all of Ghosts’ multiplayer maps. The “Ripper” is a highly unique weapon because of its ability to quickly switch back and forth from SMG to Assault Rifle on the fly. A deadly addition to Ghosts’ arsenal, the “Ripper” is the ideal companion across a variety of map types and tactics, providing players unprecedented flexibility with medium to short-range capability as an SMG, and medium to long-range as an Assault Rifle.
For Extinction fans, “Episode 2: Mayday,” highlights the Call of Duty: Ghosts Devastation DLC Pack. Following the dramatic events that took place deep within the Alaskan wilderness at the Nightfall Program research facility, the Quick Reaction Force team now heads onboard a mysterious Chinese research vessel drifting abandoned in the Tasman Sea in the South Pacific Ocean. Players will uncover a much deeper conspiracy as they pursue Captain Archer and discover what has become of Doctor Cross. Armed with multiple mod-able versions of the Venom-X weapon powered with Cryptid technology, players will come up against yet another new alien species referred to as the “Seeder,” as well as go head-to-head with a massive, 100-foot tall Cryptid enemy from the depths of the ocean…the “Kraken.”