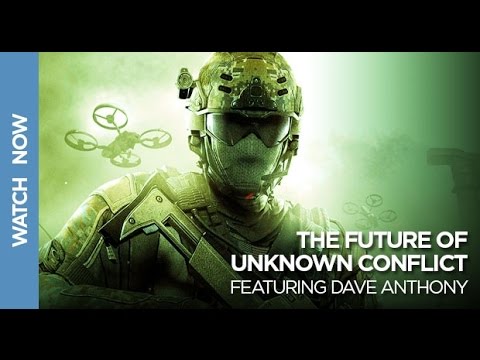 How do we prepare to fight future wars and terrorism? A former Call of Duty developer suggests stationing plainclothes military in schools and using “brainwashing” marketing techniques to push through unpopular measures might be part of the solution.
Dave Anthony, veteran developer of several Call of Duty games and the writer and director of Call of Duty: Black Ops II, was recently pegged by think tank The Atlantic Council to participate in a project that seeks to predict the future of real-world conflicts. On Monday Anthony gave a talk called “The Future of Unknown Conflict” in Washington D.C. and shared some of his ideas.
Some of Anthony’s ideas aren’t likely to make civil libertarians happy. In fact, they might cause them to have fits.
Anthony suggested taking the concept of the plainclothes air marshal on flights and expanding it to plainclothes soldiers in schools ready to deal with terrorist threats as they happen. Anthony suggested schools might be very popular targets for terrorist groups like ISIS.
“I can tell you I feel better by the fact they are on almost every flight,” he said. “Imagine a concept like a school marshal. These guys are U.S. soldiers, who are in plain clothes, whose job and part of their responsibility is to protect schools. They’re not walking around in camo with a machine gun strapped around their shoulder, but they are armed and capable of dealing with threats as they happen.”
Anthony is aware that the public would reject the idea of secret soldiers, but he says the government might be more likely to push it through if they learned a little from the Call of Duty marketing juggernaut. Speaking frankly, Anthony admitted that Call of Duty marketing campaigns are brainwashing campaigns, and said the government should do it, too.
“When we have a new product that has elements we’re not sure how people will respond to, we market it,” he said. “We market it as much as we can, so that whether people like it or not, we essentially brainwash them into liking it before it actually comes out. When you have decided to make these changes, you have a marketing campaign to introduce them before it is forced upon you.
“I’d like to see the government doing this too, because the government is becoming more and more unpopular and I have a lot of sympathy for it. It is an enormously tough job they have. I would like to see more effort into how we communicate with the people and educate the people into what we are doing and why,” Anthony said.
You can watch the entire hour-long presentation and Q&A above.