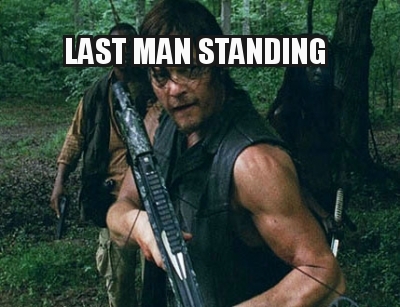 Today marks the end of an era: with the debut of Call of Duty: Advanced Warfare Reckoning on Playstation 4 and PC, not only is the Advanced Warfare game now complete, but the age of XBox exclusivity for the long-running FPS franchise has officially ended. From this point forward, if you want COD’s additional content packs as soon as possible, you’ll need the PS4. Given its high install base this gen compared to the XBox’s, that shouldn’t be much of a problem for most.
As we pointed out when this came out for XBox, Advanced Warfare Reckoning contains four new maps: Overload, Quarantine, Fracture and Swarm. It also includes the conclusion to the Exo Zombies saga starring John Malkovich, Bill Paxton, Rose McGowan), Jon Bernthal and Bruce Campbell.
If you don’t own a single one of the DLC packs, you can still get them all at once for $50. If you’re just interested in one or two, buying them individually for $15 a pop is the better deal. For the full details, see Activision’s press release below.

Call of Duty®: Advanced Warfare Reckoning, the fourth and final DLC pack for Call of Duty®: Advanced Warfare is available now on PlayStation 4, PlayStation 3 and PC.  Reckoning features four new multiplayer maps, the return of the Exo Grapple playlist and the epic conclusion to Exo Zombies, as players engage across four unique locations from a freezing ice shelf in the Arctic to Liberty Island in New York.

·         Quarantine:  The speed picks up in this medium sized map with its tight corners and open areas.  The combination allows for any style of gameplay.

·         Fracture:  Search this map’s large combat areas, cradled on the shelf of a glacier, to take refuge behind wind turbines and heavy equipment.

·         Swarm: In this small to medium sized map, take position in war-scarred storefronts that provide plenty of cover over the streets of Seoul, South Korea, or flank the enemy through close quarter interiors in the center of the map.

Call of Duty: Advanced Warfare Reckoning also brings fans Descent, the dramatic conclusion of the Exo Zombies saga.  Descent takes players to a remote ocean Atlas survival facility as they encounter new “fused” Exo Zombie enemies, and have at their disposal the Trident Reflected Energy Weapon.  The final episode also unveils the fate of our protagonists – John Malkovich (In the Line of Fire, RED, Burn After Reading), Bill Paxton (Aliens, Titanic, Edge of Tomorrow), Rose McGowan (Planet Terror, Scream), Jon Bernthal (Fury, The Wolf of Wall Street) and Bruce Campbell (Burn Notice, Bubba Ho-Tep), who have found themselves in a harrowing situation as they attempt to discover the true cause of the global pandemic and the terrible secret that Atlas has been hiding.

Call of Duty: Advanced Warfare Reckoning is also included in Call of Duty: Advanced Warfare’s DLC Season Pass*, featuring all four DLC Packs planned for the year, as part of the discounted bundle offered at a suggested retail price of $49.99 – a discount of $10 off the individual purchase of all four DLC Map Packs**. The title is rated M for Mature with Blood and Gore, Drug Reference, Intense Violence and Strong Language.

Headquartered in Santa Monica, California, Activision Publishing, Inc. is a leading global producer and publisher of interactive entertainment. Activision maintains operations throughout the world. More information about Activision and its products can be found on the company’s website, www.activision.com.