Call Of Duty’s Zombies Saga To Be Concluded Soon 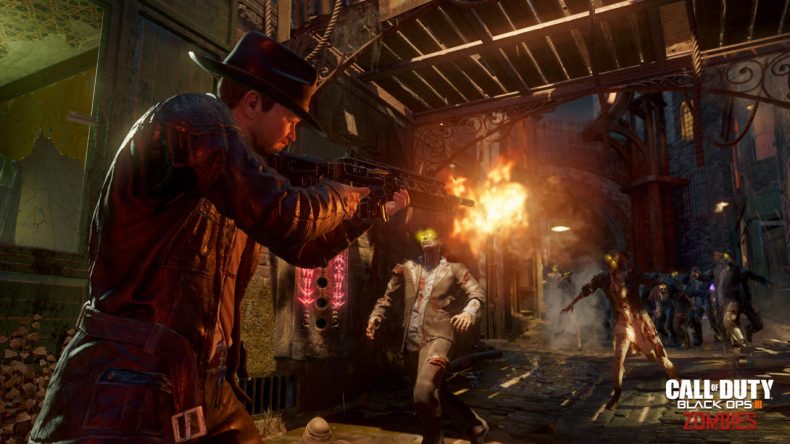 Zombies have been a part of Call of Duty DLC for years, but Treyarch senior executive producer Jason Blundell says it’s time to wrap it up. This isn’t the end of zombies appearing in CoD modes altogether, but it is the end of a long-running storyline that began all the way back in 2008 with Call of Duty: World At War.

The fourth and final DLC pack for Black Ops 3 will contain the concluding chapter of the current Zombies storyline. What can we expect and how will all this wrap up? Blundell is keeping mum. As he told Gamespot, the dev team is “a very tight group.”

“Essentially I’ll have my gameplay director in the room, I have my lead writer, and it’s me. That’s it,” said Blundell. “We have a level of paranoia which is probably unhealthy actually. There’s just so limited information that we share, either out on the floor or through Activision. We keep it quite tight-lipped. First of all, it’s crazy and we don’t want them to put us in insane asylums. But second of all, just to control the information about the kind of craziness that we do.”

In other words, no hints right now. But Blundell may have already blundelled on that one; he already told Gamespot in an earlier interview that the concluding chapter will solve the mystery of Black Ops 2’s conclusion, which implied the entire Zombies storyline was fiction in someone’s head.

“I’ve still technically to this day not answered that question of what that was and why that was there. That will be answered by the end of DLC 4. I believe that the ending of DLC 4 will spark emotion in the players, which is my goal. It’s not out of the desire for trolling, as people say. No, what I want to do is have you have complex and differing thoughts on what you’ve experienced and what your view is. I hope that’s what we generate when we come to the end of DLC 4.”