Catch Preview of “Fear The Walking Dead” This Sunday 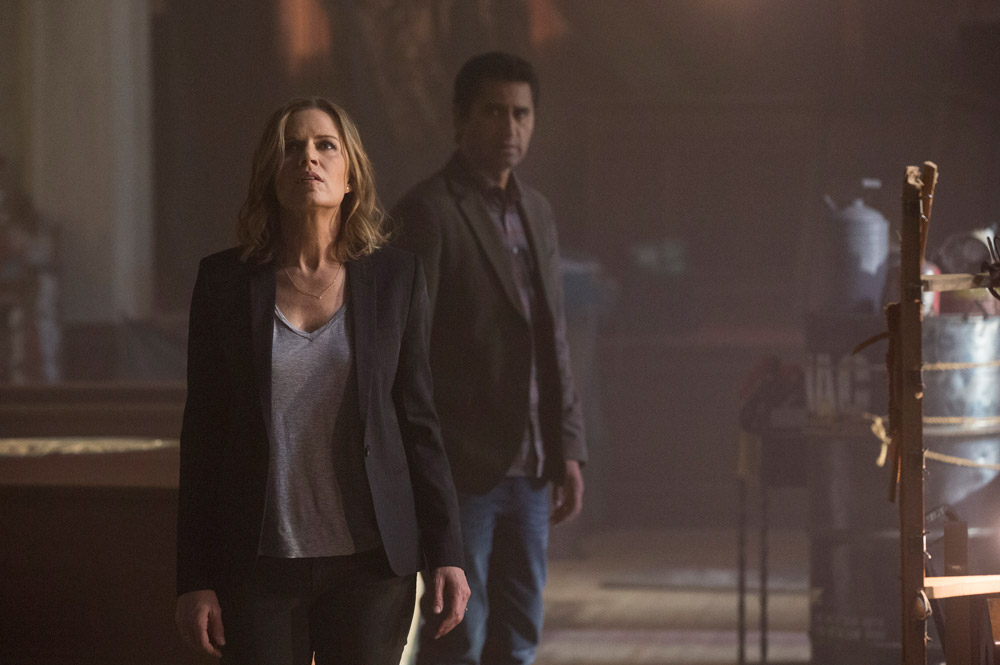 AMC’s Walking Dead spinoff, tentatively titled Fear The Walking Dead, is currently expected to debut late this summer (they’d best hurry up and come up with a final title; there’s a little over four months to go). For those who want to catch a little glimpse of what the spinoff will look like, clips will be shown during next Sunday’s Talking Dead.

Talking Dead, this weekend, will guest-star showrunner Robert Gimple and Norman Reedus, and presumably will contain discussion on the new series in addition to The Walking Dead’s season finale.

Fear The Walking Dead, despite having never been seen by the public outside of a few clips, has already been given a second-season renewal. Season One will be a brief six episodes; it’s unknown how brief — or long — Season Two will be. The show will star Cliff Curtis, Kim Dickens, Frank Dillane and Alycia Debnam Carey, and be produced by AMC Studios under the guidance of Robert Kirkman, Gale Anne Hurd, Greg Nicotero, and David Alpert, as well as showrunner Dave Erickson.

The new series will take place in Los Angeles with new settings and characters, and will be largely unrelated to the current storyline of the original series, except for the fact that zombies are chasing everyone. The full thing will be revealed this August.