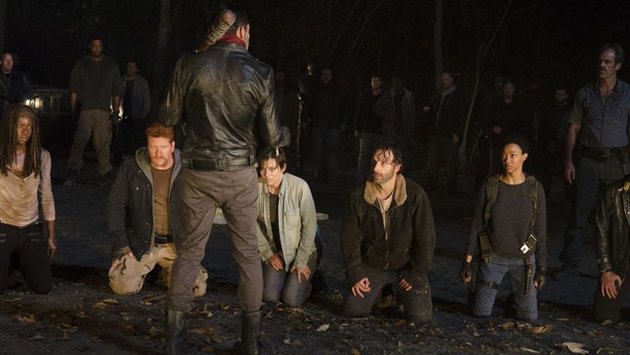 Charlie Adlard, longtime artist of the Walking Dead comic book, made an interesting comment to the Huffington Post today. Though he’s not the WRITER, he feels pretty certain that one popular character from the book won’t die for a long time. Before you read on, try to guess who it is. The answer feels obvious once you know it, but since it’s not the first one to come to mind. it’s a bit of a teaser

Give up? It’s Negan. “Negan is definitely back. I’m pretty sure for the long haul.”

“I don’t really know what his final game plan is, which is exciting,” said Adlard. “You don’t know where he’s going to go, which is probably quite unique in the character because you’ve pretty much got a grip on most of the characters ― good or bad. Whereas for Negan, you still think he could go either way, and I like that idea. Personally, I don’t think he’s as villainous as everyone assumes he is.”

Negan recently returned to the pages of the comic, warranting this HuffPo interview. Of course, the comic and the TV series don’t always follow the same path. Negan has yet to be shot or chomped in print, but that doesn’t guarantee his survival in future seasons of the show.