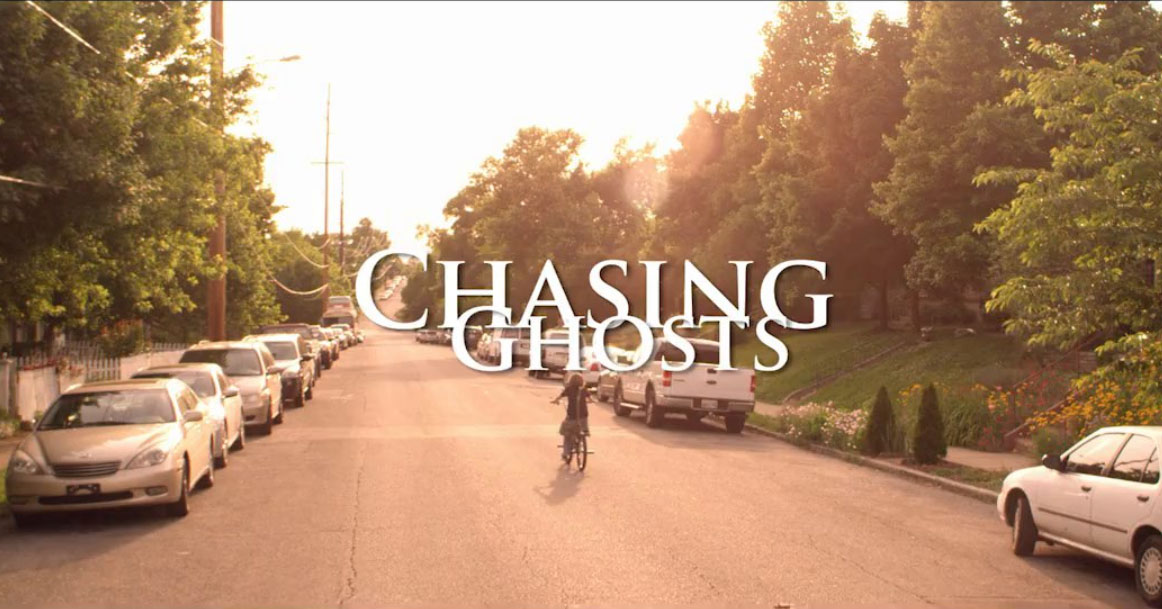 Last year WDF conducted an interview with Meyrick Murphy, who played Meghan in previous seasons of The Walking Dead. She turned out to be a bright adolescent with a deep interest in astrophysics, and she also mentioned a film of hers called “Chasing Ghosts” which would be out soon. After some delays, Murphy’s movie has now been released.

According to the film’s official synopsis, “Lucas Simons, an 11 year-old filmmaker, is obsessed with death after the loss of his brother. When Lucas accidentally captures a mysterious presence in one of his films, he inadvertently becomes a YouTube phenomenon, and must learn to live life in the spotlight while also learning how to once again start living life to its fullest.”

The film is not rated, but given its wholehearted approval from the Dove Foundation, it’s probably not the type of thing the typical reader of WDF would be interested in. Here is some more information on “Chasing Ghosts,” however, courtesy of Dove:

Sex: Girl kisses boy.
Language: My gosh-1; jerks-1; I suck-2.
Violence: Boys bullying classmates; man found on floor in his house; poking a dead bloody squirrel with a knife.
Drugs: Picture of man with cigarette in mouth; couple drinking wine.
Nudity: None
Other: Scenes of funerals; scary movie posters and magazine covers; an unexplained image on film; rude attitudes toward others; calling a friend a liar; dealing with death.

If there are some kids you know who can handle scary magazine covers (and a dead bloody squirrel), they might like it, who knows. “Chasing Ghosts” is now available on just about every content distribution system: Amazon Instant, Netflix, Hulu, Vudu, the Walmart DVD rack, and on-demand on both Comcast and Time Warner Cable.

Exclusive Interview with Meyrick (Meghan Chambler) Murphy: The Governor, Mud Sandwiches, and Astrophysics
Be the first to comment!
Leave a reply »