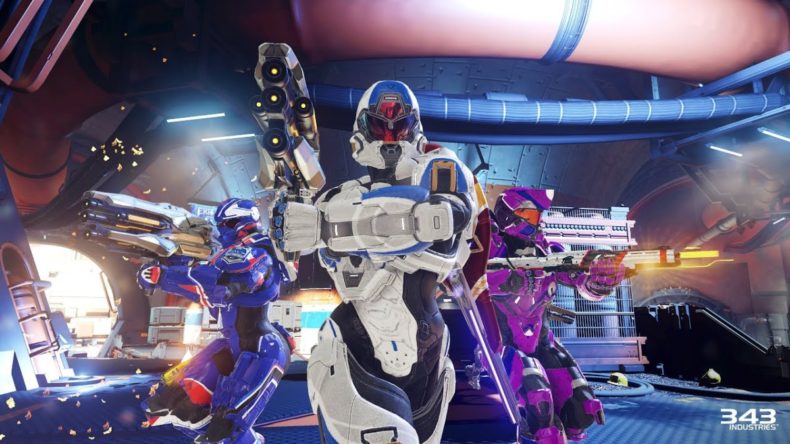 Need a new reason to play Halo 5? Probably. Microsoft has you covered with a new mode announced last night during the Halo World Championship event. The Warzone Firefight Mode was first seen in Halo 3: ODST, but it’s about to make a comeback.
“In Warzone Firefight, up to eight players will work together to complete five rounds of increasingly difficult, dynamic objectives set against a timer to emerge victorious,” says developer 343 Industries. They also tell us the mode will sport “more enemies than ever,” and they’ll be vicious. “Thought the Warden Eternal was menacing? You ain’t seen nothing yet,” states Microsoft. “Warzone Firefight features the most on-screen enemies in the history of the franchise, making for frantic and exhilarating matches.”
The Halo 5 Warzone Firefight Mode was initially announced last February. A solitary screenshot was released by Microsoft last month, but now we have a full trailer. Check it out below….

The mode will be released later this summer, and may be Halo 5’s final piece of DLC content.

Hope You're Not A Victim Of Halo 5's Multiplayer Glitch

Halo 5 Recapped In Around Three And A Half Minutes
Be the first to comment!
Leave a reply »