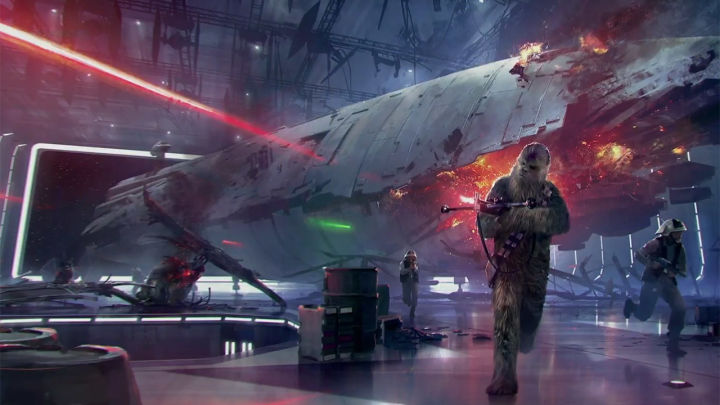 It had been teased for awhile that two new Hero characters would be coming to Star Wars Battlefront. Now, via Star Wars Celebration, we know that those to characters are Chewbacca, the legendary partner of Han Solo, and Bossk, the fan-favorite bounty hunter from Empire Strikes back.

Also shown at the panel was a teaser of the Death Star DLC that is coming soon, you can check it out below:

Star Wars Battlefront And Other PS4 Games On Sale This Week

The Skywalking Dead
Be the first to comment!
Leave a reply »