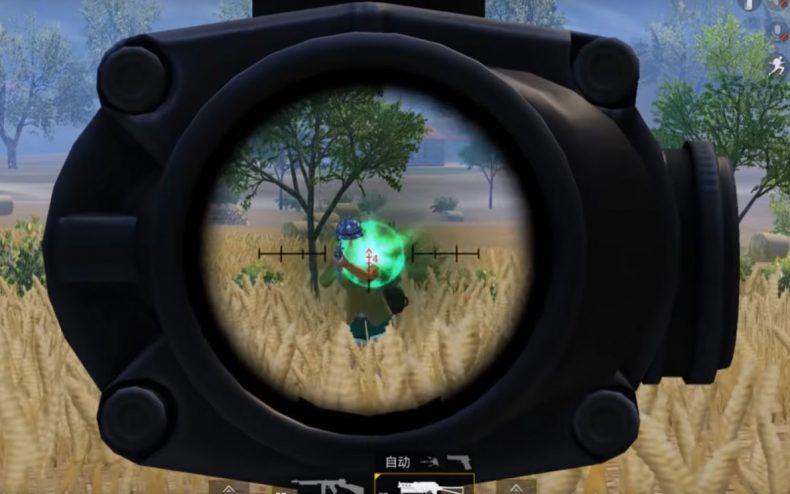 Why can you no longer legally play PUBG in China? The battle royale game was a massive success in the country, becoming as culturally huge there as Fortnite is here. Why has it been removed from sale?

Because the Chinese government reviewed the game and found its content unacceptable. Violent games are forbidden in China (its citizens play them anyway, but as bootlegs) and the “many enter, only one leaves” mechanic of Battle Royale was too viciously depicted for the authorities’ comfort.

Chinese mega-publisher Tencent, who produced the mobile version of PUBG that took China by storm, pleaded with the State for about a year, but ultimately lost the fight and was forced to remove the game from approved sellers. If they wanted to continue making money, they would have to re-submit a heavily edited version free of the content the State deemed unacceptable. Now they have done so.

“Game For Peace” was their solution. As with PUBG, 100 players drop onto a map and eliminate each other until one is left standing….but this time, nobody ever dies. The guns are still there, but shooting somebody with one just makes them wave at you, drop a lootbox as an offering of friendship, and dematerialize.

Yes, China has a literal Nanny State, but such moral alterations have also happened in the Free World. In England, the Teenage Mutant Ninja Turtles were originally imported as the Teenage Mutant HERO Turtles because someone thought ninjas were too violent a concept. The original NES Contra was altered to “Probotector” in the UK and all the enemies were changed to robots. And here in the US, Dragon Ball Z was subject to numerous edits including changing a pair of “HELL” shirts to say “HFIL,” or “Home For Infinite Losers.”

Whether this new squeaky-clean version of PUBG will reduce the number of juvenile delinquents in China remains to be seen.