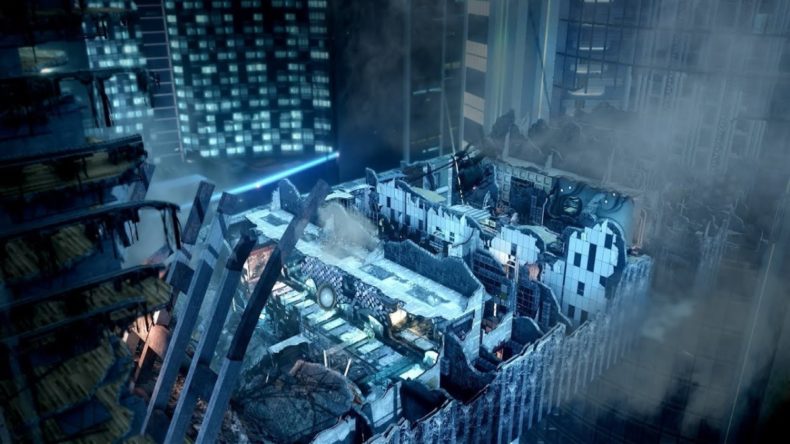 The COD Ghosts Free Fall Gameplay Trailer has been released. Free Fall is a downloadable bonus multiplayer map available with pre-orders. According to Activision, the map drops you into a shattered skyscraper on the brink of collapse. COD Ghosts will feature single player, co-op and multiplayer modes and takes place in the near future, after a catastrophic event. The FPS will be available on the Xbox 360, PS3, Wii U and PC on Nov. 5, 2013. It will also hit the Xbox One and PS4 on day one of each system’s launch. The game is rated M for Mature by the ESRB. For more information, visit the official Call of Duty website at www.callofduty.com/ghosts, on www.facebook.com/CODGhosts and on Twitter @InfinityWard.