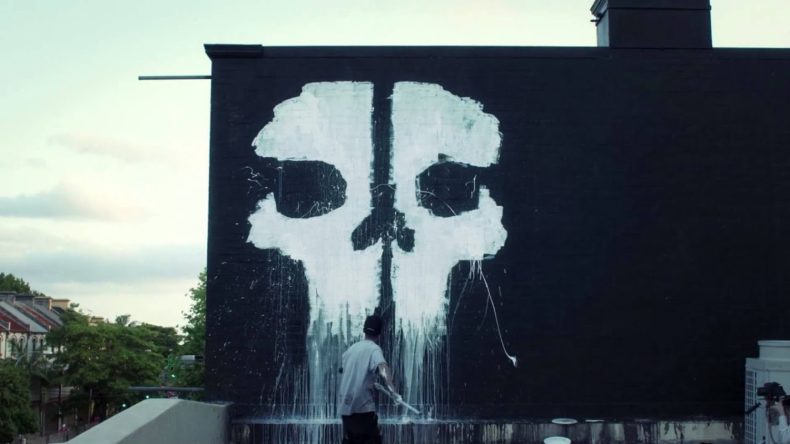 Activision released a COD Ghosts Street Art Installation Video. In the video street artist, RJ Williams creates a large scale version of the Call of Duty: Ghosts mask in Sydney, Australia. The song playing over the video is My Life (featuring Ceekay Jones) by Bliss n Eso.
COD Ghosts will feature single player, co-op and multiplayer modes and takes place in the near future, after a catastrophic event. The FPS will be available on the Xbox 360, PS3, Wii U and PC on Nov. 5, 2013. It will also hit the Xbox One and PS4 on day one of each system’s launch. The game is rated M for Mature by the ESRB. For more information, visit the official Call of Duty website at www.callofduty.com/ghosts, on www.facebook.com/CODGhosts and on Twitter @InfinityWard.