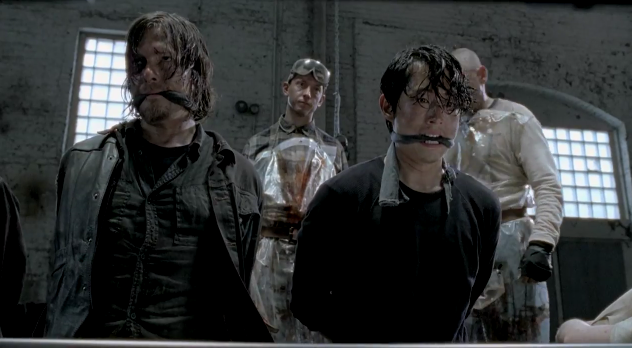 Here it is, the moment you’ve been waiting for, our first real look at season five from The Walking Dead’s Comic-Con International panel today in San Diego.

The main thing to say is, wow, intense. They weren’t kidding when they said there’d be a lot of action.

It looks like we won’t get to see our gang destroy Terminus, at least not right away. In fact, it appears that Terminus might not have been what we thought, and that Rick’s group will briefly join them in the quest for a cure in Washington D.C.

We also briefly see Seth Gilliam as Father Gabriel, a role he was confirmed to be playing at the panel.

Oh, and what’s up with Beth? Stick around to the end.

If the video doesn’t show in your region, try this link.