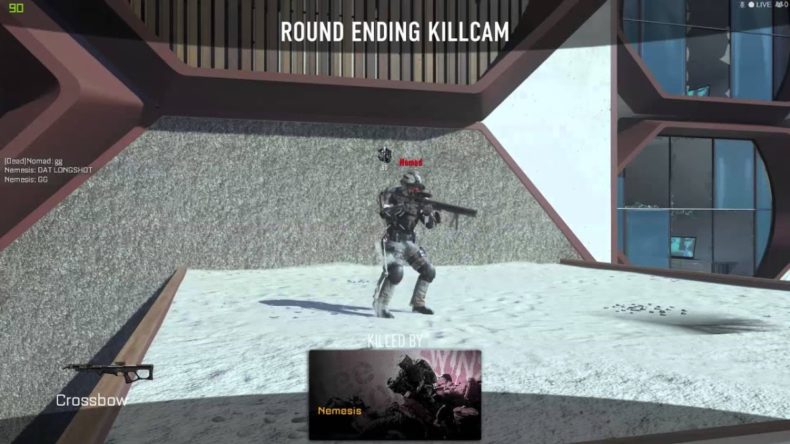 Call of Duty: Advanced Warfare added the classic COD mode Gun Game into the mix this weekend, and we’re already seeing great footage of impressive kills.
Because Gun Game makes players work through an assortment of guns, trying to get a kill with each until a player makes a kill with the last gun on the list, it pays to be good with all the guns. Even the crossbow, which in Advanced Warfare is the final tier. Fortunately for the player in this video, they seem to be either an expert or extremely lucky.
In the video, the player shoots across Greenband to hit an unsuspecting enemy. There’s a bit of a delay until the explosive goes off, and then it’s game over. It’s even funnier to watch in the replay, so stick around for that.