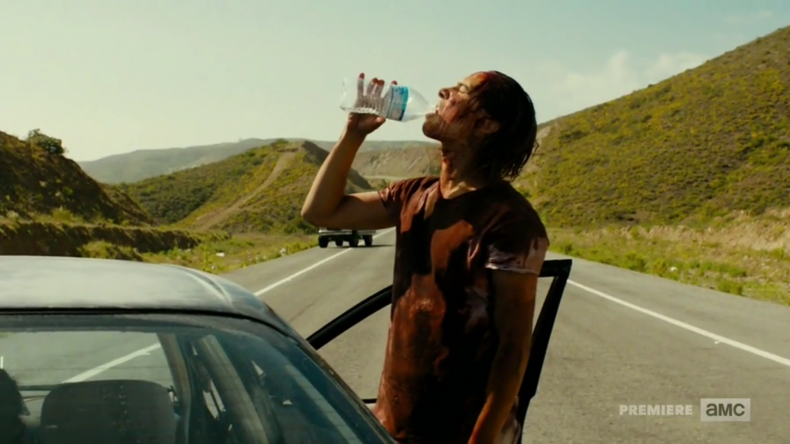 If there was one constant drive behind Nick’s desert trek last Sunday, it was to find water. Originally it was just about getting to Tijuana, but the focus soon shifted to tracking down whatever scarce resources Nick could find to stay alive. And according to showrunner Dave Erickson, Nick won’t be alone in this struggle.

Entertainment Weekly pointed out that one would think dehydration and starvation would be the #2 cause of death (behind zombies) in the zombie apocalypse, and yet so far it hasn’t really been an issue on either TWD or FTWD. Erickson replied by saying that will change. “Water becomes a very important factor in the course of the back half of the season, and it may be an even bigger factor in season 3. We’re into week four of the writer’s room for next season, and it’s the idea of resources and the idea of lack of is going to become quite crucial.”

Of course, it’s easier to gather resources when you’re part of a large team, and Team Madison is currently fractured. It’s likely Travis and Chris will find survival more difficult wherever they currently are — not as difficult as Nick because they aren’t that stupid, but hard enough. As for the females, they’re going to find a hotel soon, so water shouldn’t be an issue yet. Other things probably will be….