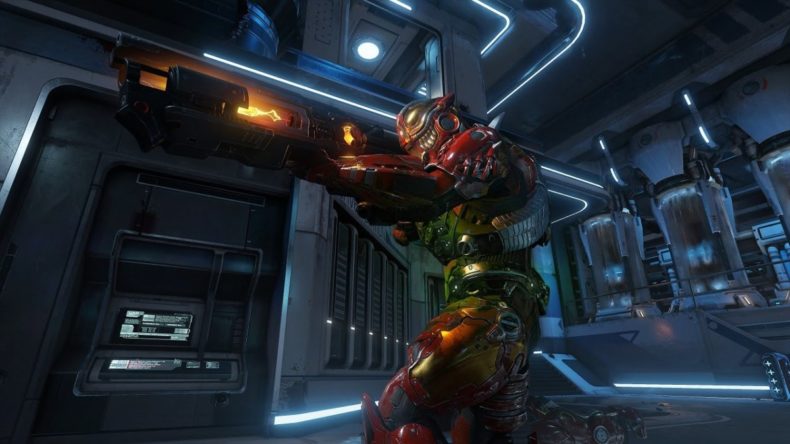 Id Software’s new Doom just got even better. A free update is now available for the game which adds old-school Deathmatches to multiplayer! You can’t use Demon Runes, but everything else is allowed. And that’s not all!
The update also adds support for private multiplayer matches in which you choose the rules: how many play, what maps you use, time limit, lives and so forth — it’s all customizable. To kick off this update, iD is offering double XP all weekend, starting September 23 at 12 PM Pacific.
This is the rare kind of update that gets its own video trailer. It’s embedded below, followed by the full patch notes.