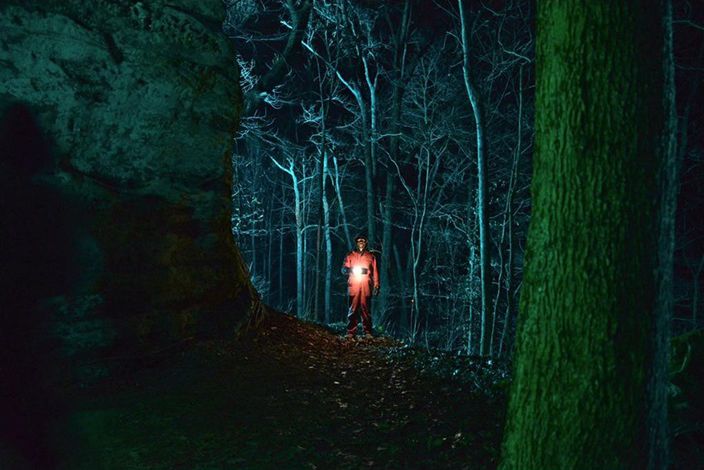 Most horror fans share a fondness for the 1980’s, when practical physical effects were as plentiful as water, nothing was ever softened down to a PG-13 for sales purposes, and there was more of a sense of…fun. Josh Crook, director of a new horror-comedy flick called Demon Hole, hears you and aims to fix the problem.

Crook said: “The current crop of horror movies has gotten too severe and grim. While scary, they’re also depressing. Taking influence from John Hughes as much as it does John Carpenter and Wes Craven, Demon Hole brings the vibe of the 1980s back and invites the audience to enjoy the ride.” The plot of his film involves a fracking crew drilling a hole into — where else — an ancient Indian burial ground. The drilling unleashes a demon that proceeds to wreak havoc on the hapless and probably swimsuit-wearing teens serving community service in the remote forest nearby. There are six of them and you can count on that number to dwindle, old-school style.

According to a report by Screen Daily, the British sales company SC Films has purchased international distribution rights to the film. Demon Hole has already been completed and is scheduled to make its debut at the Cannes Film Festival.

Cheap Thrills is as Dark as Midnight in a Mine
Be the first to comment!
Leave a reply »