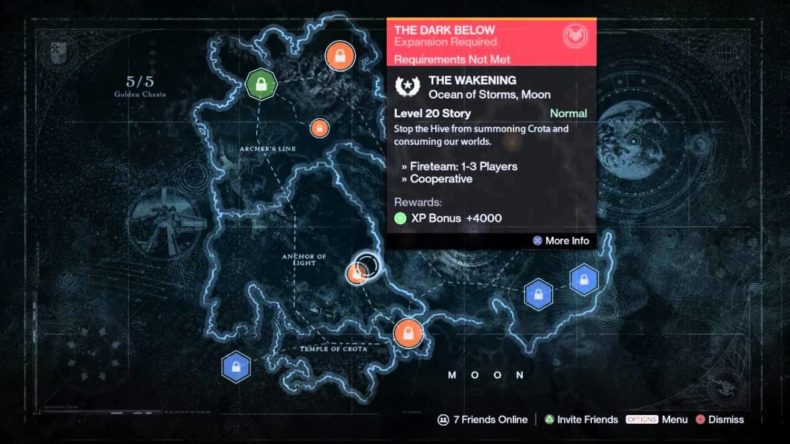 A Destiny player says his game glitched, but the bug revealed several planned Destiny updates.
As you can see in the video above, the bug appears to unlock everything on the Destiny map, including stuff that hasn’t been released yet. There are numerous high level strikes and raids listed, along with the Iron Banner Crucible event.
A full list of what the bug reveals is listed here.
Is it legit? Who knows? But a lot of it appears to be from stuff we already know about, such as the two announced Destiny expansions The Dark Below and House of Wolves. It also all takes place on the already released planets, so if you were hoping for a mission on Jupiter’s moons or something, sorry.