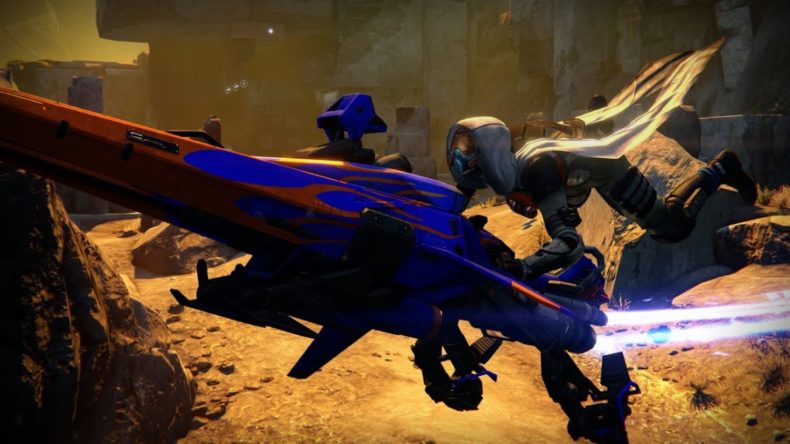 Destiny is offering a tricked out new Sparrow to those who purchase its upcoming The Dark Below expansion.
The EV-30 Tumbler Sparrow has a high speed, big jump and a set of aerial tricks. And it has flames painted on it, which makes any mode of transportation better.
The Sparrow is for those who buy The Dark Below or a Destiny expansion pass before Jan. 15. It’s available at the in-game post master, at the time of redemption of the season pass for season pass purchasers (so basically now if you’ve already bought it) or starting when The Dark Below launches on Dec. 9 for those who just buy the expansion pack.
The Dark Below will set you back $19.99. The season pass, which also includes a second expansion which is set to be released in 2015, House of Wolves, costs $34.99.