Don’t Tell Thanos, But The Infinity Gauntlet Is In Fortnite 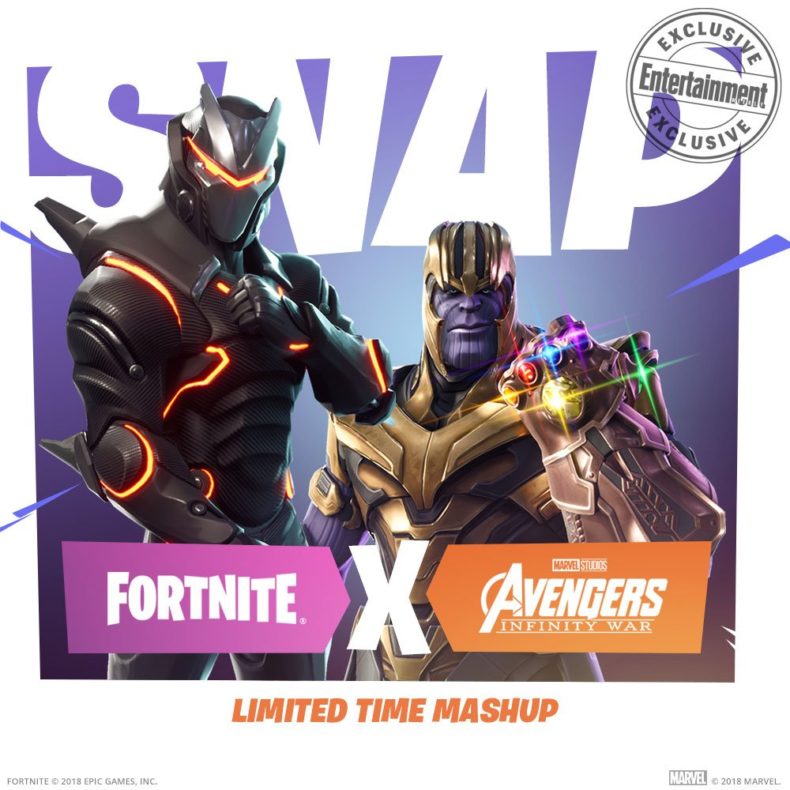 Where can you find the most destructive and powerful weapon in the entire universe? Temporarily, you can find it in Fortnite: Battle Royale — starting May 8. How did this Marvel/Epic mashup come together?

Well, for one thing, there’s this blockbuster movie that needs promoting, but on a more authentic level, Joe and Anthony Russo — who directed Infinity War — are big Fortnite fans. “Over the past few months, while we were editing Infinity War, we’d take breaks to hop on and get in a few games,” Joe said to EW.com. “And then we started thinking, how cool would it be to have some kind of Avengers–Fortnite mashup? So we stalked Donald.”

“Out of the blue, I get this call from Joe,” recalls Donald Mustard, creative director at Epic Games. “And after a bit of geeking out over each other’s work, we start brainstorming these crazy ideas. It was really important that whatever we did, it had to be super authentic to both Fortnite and the Avengers: Infinity War, and something that fans of both would be excited about. About an hour later, we had the bones of this awesome idea for a limited time gameplay mode, and almost immediately our team got started.”

Thus, you will now be able to hunt down and collect the Gauntlet in Fortnite like some genocide-driven alien dictator, but only for a limited time. The biggest question here is what the Gauntlet does in the game. Several of the powers in those stones would be impractical to implement without overhauling the game’s entire code (the Reality Stone is especially unlikely). We’d mention what we assume the Gauntlet actually does, but it’s a big spoiler….not that you likely haven’t been spoiled already at this point, but we won’t be the ones to do it.

You’ll find the Gauntlet in all versions of Fortnite: Battle Royale (Playstation 4, XBox One, PC, Mac and iOS) beginning tomorrow.