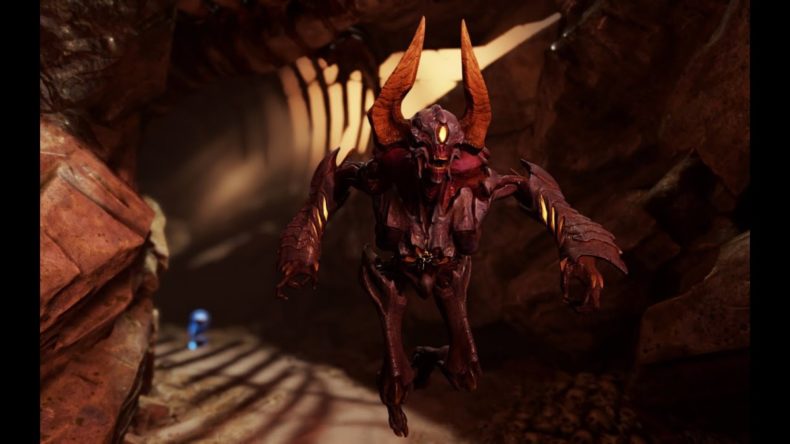 The second free update for Doom will be released by Bethesda and iD Software tomorrow. The big news is that two multiplayer modes will be added to the game: Exodus, a one-flag capture the flag mode, and Sector, a point-capture mode. These new modes will work with all current maps and all future maps.
A lot of the features promised earlier for the Doom level-creation tool, SnapMap, are coming with this update, such as the single-player campaign’s weapon wheel and 30 Hell-themed modules. You’ll also gain the ability to play as another demon, the Mancubus. To give you an extra reason to try out the new stuff, Bethesda is offering double XP this weekend, beginning Friday.
And there’s more on the way very soon, but not of the free variety. Doom’s first premium DLC, “Unto The Evil,” arrives August 5. It’ll introduce the Harvester (yet another demon to play as), the UAC EMG Pistol, three new multiplayer maps and the Kinetic Mine. It’ll cost $14.99.
Want to see the new content in action? Bethesda has released a new trailer. Check it out below….