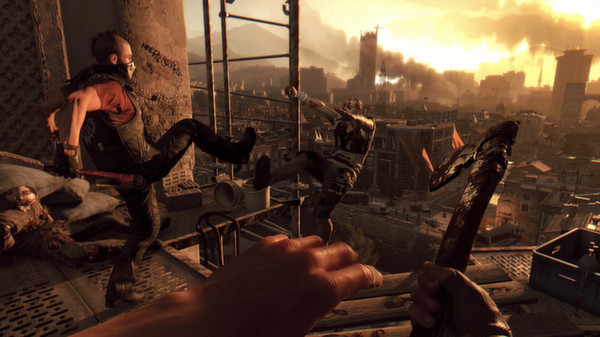 Techland, maker of the new zombie-killing game Dying Light, is so committed to the game’s co-op experience that it’s offering a discount to those who want to play that way.

For the price of three copies, a player can pre-purchase four copies of the game on Steam, one to keep and three to give away as gifts to like-minded zombie-splattering friends. The four-pack deal costs $179.99 and can be found on the game’s Steam Page.

“Featuring well over 70 unlockable skills and about one hundred weapons, our game is a perfect playground for co-op sessions. The best part is you can enjoy it however you want,” said Producer Tymon Smektała in a press release about the deal. “If you and your friends don’t feel like completing quests or taking part in co-op challenges, you can simply wreak havoc in the open world. Another thing is that it’s always good to have someone at your side when the Night Hunter invades.”

Dying Light Be The Zombie Trailer
Be the first to comment!
Leave a reply »