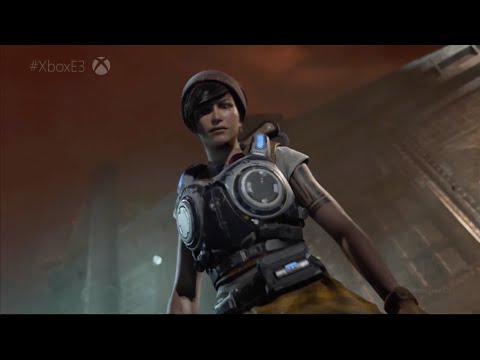 Microsoft kicked off its E3 conference this morning with the most open look at Gears of War 4 yet. Dynamic weather, big new weapons, and is that the wrinkled fogey face of Marcus? Probably.

Here’s the bullet list of features the game sports:

Gears of War 4 launches October 11 for XBox and PC. It doesn’t matter which one you choose, because Gears 4 is part of Microsoft’s Play Anywhere campaign that gives you both instantly. There will also be a limited-edition Elite controller with Gears of War-paint available the same day.