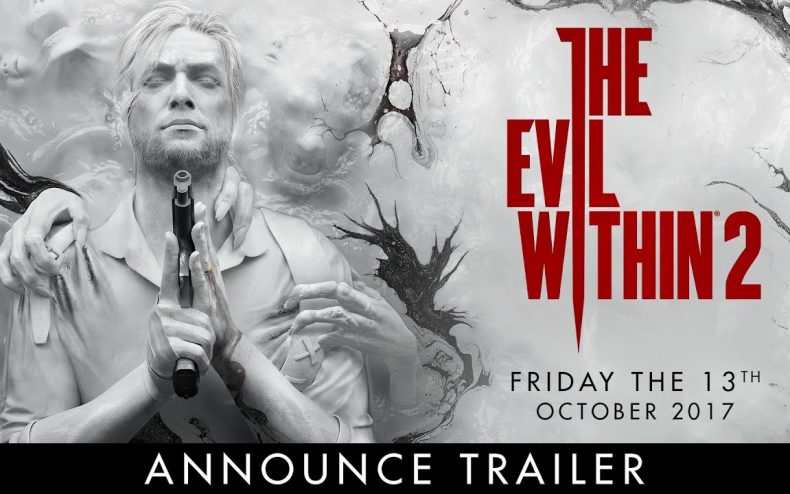 Last night game publisher Bethesda revealed its roster for 2017, and among the titles listed was a sequel to 2014’s The Evil Within. The same team that gave us the original game is also behind the new one: Shinji Mikami (who cut his teeth on Resident Evil) and his studio Tango Gameworks. Looks as creepy as promised.

There was barely anything in the way of gameplay scenes in the debut trailer — just confusing and symbolic images like protagonist Sebastian drowning in milk. Normally that’s a sign the game being hyped is nowhere close to complete, but Bethesda promises The Evil Within 2 will be ready for an October release (they make a point to mention the date will be Friday the 13th). You’ll be able to get it for Playstation 4, Xbox One and PC.

Detective Sebastian Castellanos has lost everything, including his daughter, Lily. To save her, he is forced to partner with Mobius, the shadowy organization responsible for the destruction of Sebastian’s former life. Sebastian must descend into one of their terrible creations, the disturbing world of Union. Horrifying threats emerge from every corner, and he must rely on his wits to survive. For his last chance at redemption, the only way out is in.