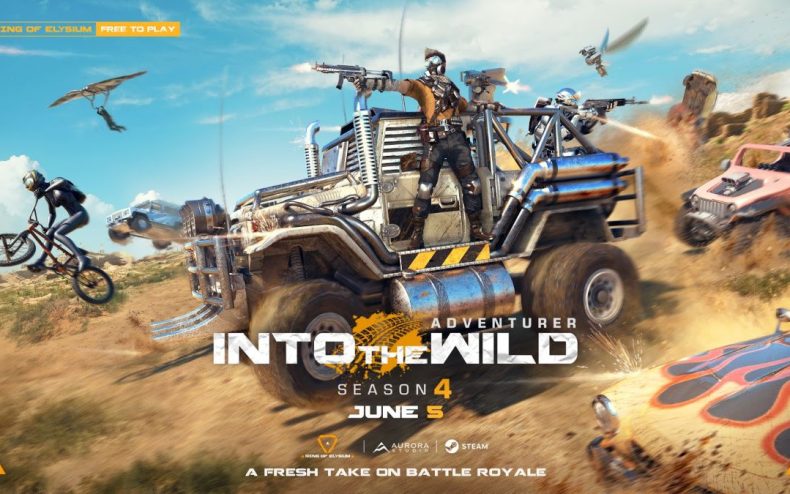 What’s the latest on Ring of Elysium? What is the next batch of content coming?
Aurora Studio, developers of hit next-gen battle royale Ring of Elysium are thrilled to announce the upcoming Season 4 Adventurer Pass will be presented at this year’s E3 in collaboration with Alienware. The upcoming season pass will release in three chapters packed with new characters, vehicles, new terrains, and more.
The launch of the Season 4 Adventurer Pass will arrive for players in three content-packed chapters. The arrival of the first chapter on June 5 will give players access to two new seasonal characters Max and Big Joe. A mechanically obsessed scavenger, Max retreated from his technologically advanced but war-ridden home town to focus on machinery and vehicle modifications. Max’s travels lead him to Europa Island where he discovered the obsolete robot Big Joe.

The once gladiator robot had been left for scrap on Europa Island, although he was badly damaged Big Joe’s combat and weapon technologies remained intact. With some help from Max, Big Joe has returned to the battlefield and will protect his scavenger friend at all costs. A third character will join Max and Big Joe in the Season 4 Adventurer Pass and will be revealed alongside a drone in chapter 2 as well as advanced modified vehicles arriving with chapter 3.

Along with new seasonal characters, players can expect new game and content upgrades with the arrival of DirectX 12 and all new terrains added to the Europa Map. The upgrade to DirectX 12 will bring players a smoother gameplay experience and improved graphics by unlocking the full potential of player’s hardware. Developed by Microsoft, DirectX 12 is a collection of application programming interfaces and acts as the foundation for the graphics system and is an integral part of the game’s function. With the upgrade to DirectX 12, Season 4 will see areas of the paradise island of Europa shift to a wildland. New areas will be introduced including the Gobi Desert, Red Earth, Loess, Loess Plateau, new mountainous regions as well as a coniferous forest.
As for E3 2019:
Aurora Studio will be delivering a packed exhibition at this year’s E3 conference. In collaboration with Alienware. Fans can expect to get a first peek at the next Adventurer Pass season. Throughout the exhibit, players will get a glimpse into the features of the three-part release of the newest season in Ring of Elysium. E3 attendees will also have the opportunity to compete during the live-streamed event, which will also feature Ring of Elysium cosplayers.
Be our first to comment
0 likes
Games
E3 2019Ring of Elysium

Wattson, Come Here, Apex Legends Needs You
Be the first to comment!
Leave a reply »