E3 Trailer and Details for Destiny 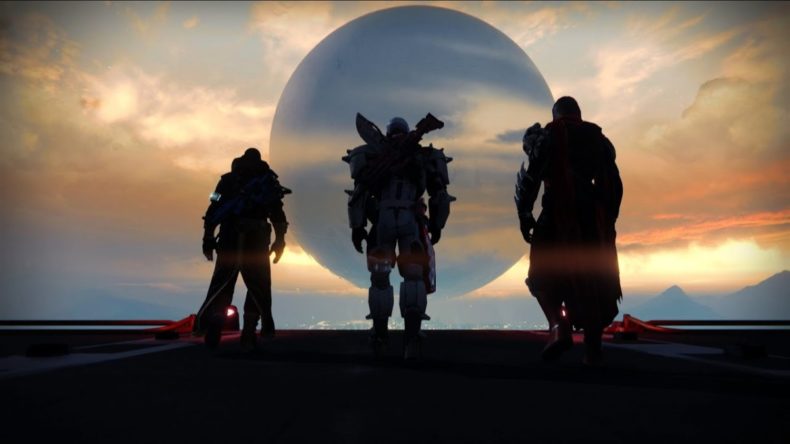 Sony kicked off its E3 conference with an exclusive trailer for Bungie’s upcoming multi-player shooter, Destiny.
In addition to some pretty visuals, Sony announced a Destiny PS4 Bundle will be available when the game ships Sept. 9. The bundle will include a “glacier-white” PS4 as well as 30 days of PlayStation Plus.
You can also play the game much earlier if you own a PS4. PS4 owners will get to try the Destiny alpha Thursday, June 12th, at 12:00pm PDT, through Sunday, June 15, at 11:59pm PDT. Signups for the alpha weekend are at http://playstation.greatnessawaits.com/.
The Destiny beta was also confirmed to start July 17.