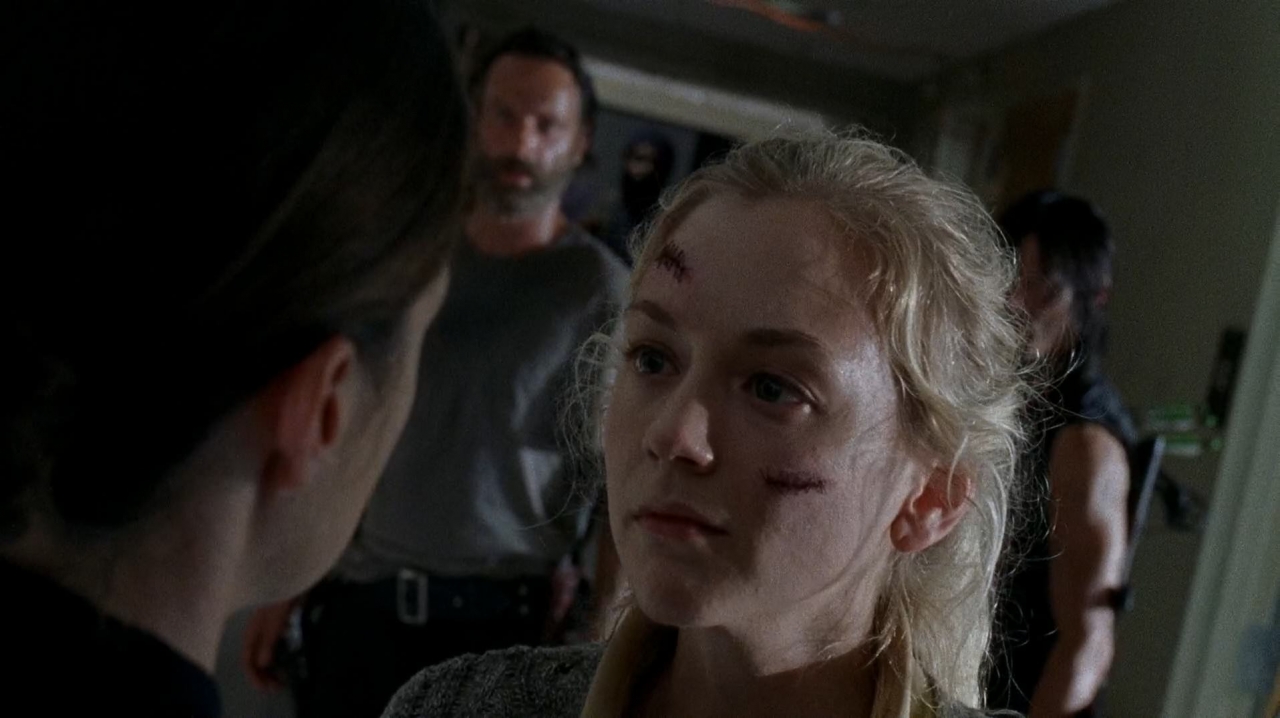 The one thing that has bugged us about Beth’s death in the weeks since the mid-season finale is easy to name. It didn’t make any damn sense.

Beth’s decision to attack a woman with a gun with her tiny pair of scissors seems like a sudden lunatic impulse. It upset some fans so much that they’ve started a petition to bring Beth back from the dead.

With a little distance from the episode, Emily Kinney sat down with IGN for a new interview and gave it her opinion of why Beth did what she did. Short answer, she screwed up.

“Yeah, I think it was a moment of overconfidence in a certain way. I think she suddenly felt like she not only wanted to reunite with the group but she needed to step up in this physical, violent way. It was a mistake. [Laughs] In a way she got what she wanted still, with the Noah thing. It was like, ‘Now I want it all. I don’t want to leave here feeling like I didn’t completely, you know, bring Noah.’ I think she almost got this moment of like, ‘Now I want everything.’ She is a lot stronger mentally and physically by the end of episode eight and her time at the hospital. I think she just had that moment of like, ‘Now I want it all.’ She just pushed it too far,” Kinney said.

Kinney also gave her opinion on what Beth meant when she told Dawn “I get it now” just before stabbing her.

She said Beth’s experiences in the hospital led her to the conclusion that “Oh, I get it now. I have to protect myself, and sometimes I have to go that extra bit, that’s maybe not morally right.  It’s kind of like telling her, ‘I get it now. I’m going to take you down.’

In the interview Kinney also talks about how she feels about leaving The Walking Dead and how she will focus on both music and acting in the future. Check out the full text here.