Emily Kinney Weighs in on Beryl, Bethyl, Deth, Whatever You Want to Call It 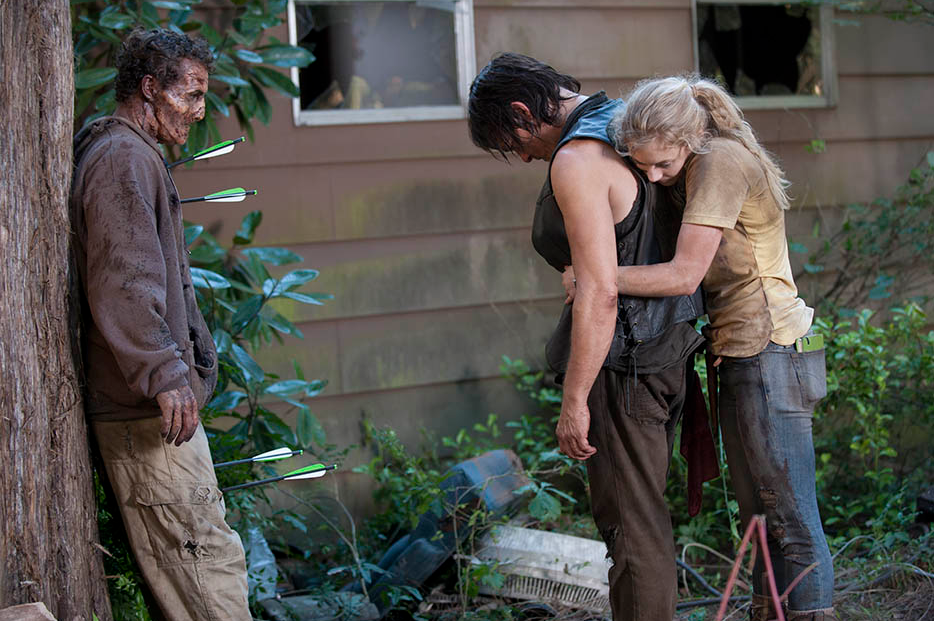 Whether you hate Bethyl (and I know some of you do, I know you hate all ships and think this stuff if turning The Walking Dead into Twilight), or you love it and think it was meant to be, it sure looks like “something” is developing between Darly Dixon and Beth Greene on The Walking Dead. Or it was before some nastiness separated them in the most recent episode.

So what does Emily Kinney, the actress who plays Beth, think? She recently talked to MTV about her character, and though she would neither confirm or deny a relationship, she left the door rather wide.

“Well, I think it says something about these characters feeling very lonely, and it makes me happy that the audience is sort of picking up on that, that these two people are people that need someone,” she said. “It makes sense to me that people would hope that each of them would find someone… but yeah, I don’t know what’s going to happen. I do feel like now, after [that] episode, that Beth and Daryl know each other on a much deeper level, in an intimate way. I don’t think they feel alone the way they did before.”

Nope, that will not end the debate. Continue on.