What Was Up With the Ending of ‘Them?’ (SPOILERS) 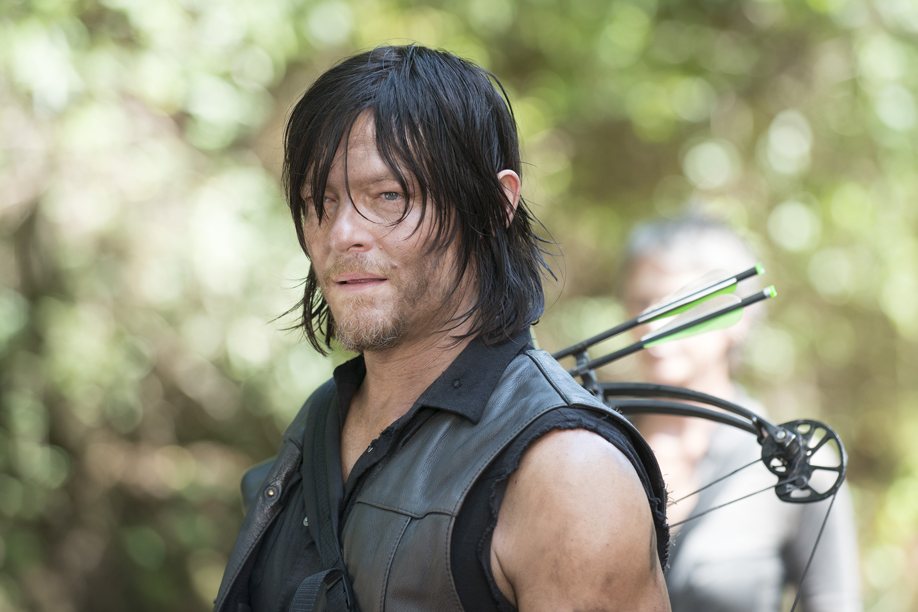 After a grueling episode where the gang almost died of thirst and hunger and got as grungy as we’ve ever seen them, it was very surprising to see a strangely clean new face at the end. 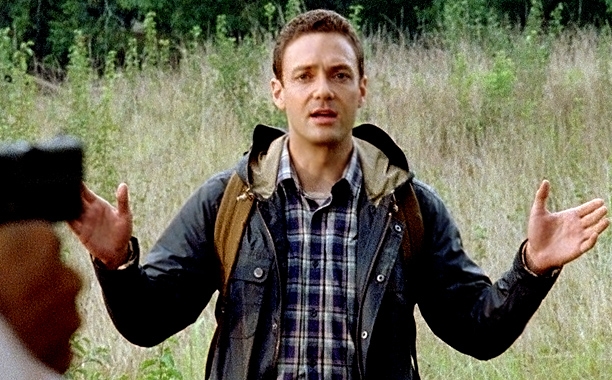 The new character,played by Ross Marquand, is as he introduced himself, Aaron. If the story follows the comic books, he’s the key to the end of The Walking Dead’s interminable walking around in the woods episodes, as our group is about to find a new long-term home. 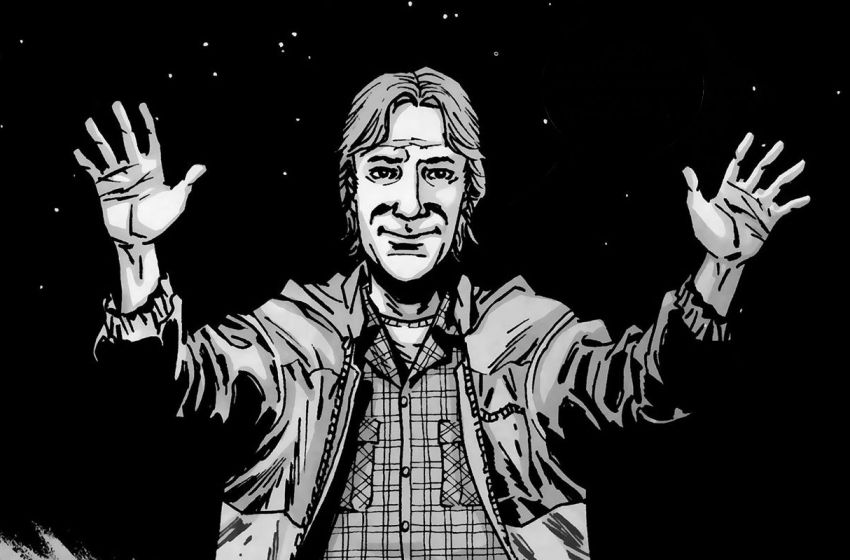 Aaron, in the comics, is a recruiter for the Alexandria Safe-Zone. This is a walled compound near Washington, D.C. where survivors have banded together to create maybe the closest thing to a functional community that’s possible in the walker apocalypse. It’s like Terminus, but with less cannibalism, and it gets even better with Rick’s contributions and natural leadership.

Traveling to the Safe-Zone won’t mean the group’s troubles are over, however. There’s some nasty competition out there, as we’ll likely see in upcoming episodes.

So far all we know about Aaron is that he, like his comic book counterpart, is a gay man. But Entertainment Weekly sat down with Marquand to talk about the character and what we can expect.

Marquand, a relative newcomer to major roles whose main stock in trade has been impersonations, mostly talks about how he got the job. He says he also auditioned for Gareth, butobviously the role went to Andrew J. West.

But he does drop this hint about what Aaron has been doing while he follows the group to see if it’s safe to invite them to the safe zone.

“He’s been following this group, whipping out his spy gear to some degree. He’s been tracking the group for a while and getting a vibe from them and getting the dynamics of leadership from them and how they work together—and that’s extremely important to him. A lot more is going to be revealed next week,” he said.

As always, however, just because it goes one way in the comics doesn’t mean it will go that way in the show. Showrunner Scott Gimple told The Hollywood Reporter as much in a recent interview.

“Whenever we get to Alexandria, it will probably have stuff that’s right out of the comic book and stuff that’s different,” Gimple said.

Ross Marquand Joins The Walking Dead Cast as Mysterious New Character
Be the first to comment!
Leave a reply »