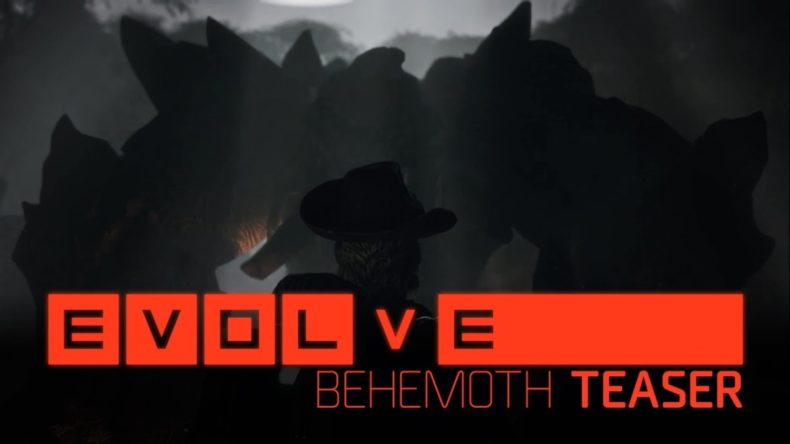 In advance of Evolve’s Xbox One open beta starting this week, Turtle Rock Studios has released a trailer showing off a newly revealed monster you may fight against, or as if it strikes your fancy, in Evolve.
The Behemoth is a huge, imposing, monster that can become a boulder and roll around the environment. It’s like a demented rock Pokemon. The Turtle Rock team says it’s the biggest monster in the game, as large as they could make it given the game’s size limitations.
As a player-controlled monster the Behemoth has advantage and disadvantages. It’s tremendously strong, but it’s also a big target for the four players playing as Hunters.
Its abilities include:

Lava Bombs: Effective at short and long range, these mortar bombs shatter into fragments and continue to burn the area around them, including any Hunters who find themselves in the damage radius.
Rock Wall: Creates a large, semi-circular rock structure that either traps victims inside with Behemoth, or locks him away from attackers.
Tongue Grab: Behemoth uses his harpoon-like tongue to snatch a distant target and pull it into melee.
Fissure: A wave of destruction blasts out of Behemoth, fracturing the terrain and scalding and stunning everything in its path.
The Behemoth is free if you pre-order the game, otherwise it will be available in the game’s first DLC pack.
Unfortunately, you won’t get to play as the Behemoth in the Evolve open beta, which starts this Thursday on Xbox One. But you can play as the previously revealed Kraken and Goliath, eight hunters, and on all 12 maps. If you pre-order the game you can also get access to the Wraith and four additional hunters in the beta.
The beta will run from Jan. 15 through Jan. 19.
Evolve will feature four vs. one matches, with four players serving as hunters and one playing the monster. The hunter classes include trapper, support, medic, and assault, with various pre-made characters within those classes to choose from for personality. The monster player can choose from Goliath, Kraken, Wraith and now the newly revealed Behemoth.
Evolve is set to hit Xbox One, PC and PS4 on Feb. 10.